· First new vehicles to be allocated to Garda Traffic Corps

An Taoiseach Enda Kenny TD & the Minister for Justice & Equality Frances Fitzgerald TD have today visited Garda Headquarters in the Phoenix Park where they met with Garda Commissioner Ms. Nóirín O’Sullivan and discussed progress in relation to the ongoing Justice Reform Programme.

During the course of the visit, An Taoiseach and Minister Fitzgerald were shown the first batch of new Garda vehicles purchased and fitted-out following the announcement on Budget Day last October of an additional investment of €7 million in 2014 and €3 million in 2015. Arising from this additional investment, a total of 370 new Garda vehicles have been acquired and are being fitted-out. A breakdown of the 370 new vehicles is provided below.

An Taoiseach stated: “This Government is determined to tackle crime and protect communities. The provision of these new vehicles is being accompanied by the recent recruitment of new Gardaí, marking this Government’s commitment to enhancing the police presence in communities and supporting an Garda Síochána in tackling and preventing crime.”

Minister Fitzgerald stated: “I welcome the delivery of these new Garda vehicles. The provision of modern, fit-for-purpose vehicles is critical to the effective working of an Garda Síochána.”

“The investments being made by this Government will improve the delivery of a visible policing presence as well as supporting Gardaí to tackle crime trends, both urban and rural, which are often carried out by highly-mobile gangs.”

Minister Fitzgerald confirmed that the first new vehicles are to be allocated to the Garda Traffic Corps. She stated that, “this will further support the enforcement by Gardaí of our road traffic laws.” 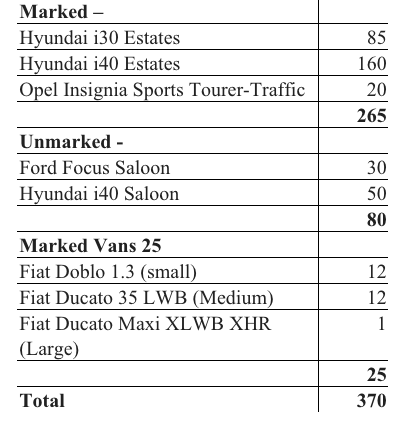