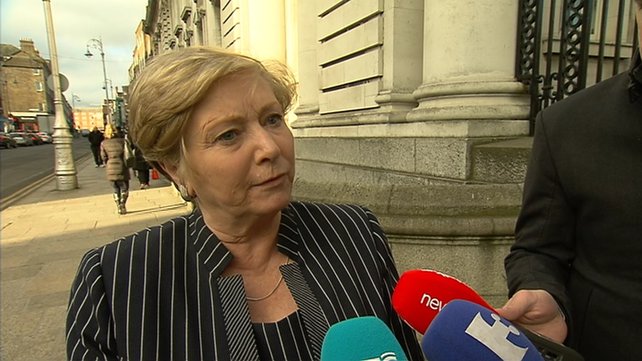 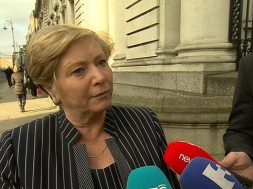 · CAB powers to be strengthened; new legislation to target proceeds of

The Tánaiste and Minister for Justice and Equality, Frances Fitzgerald,
today discussed with her Government colleagues a range of additional
measures to tackle organised crime.

Speaking directly after the meeting, the Tánaiste said: “We have seen
unprecedented gangland violence in the last few weeks. However long it
takes, whatever resources are necessary, we will face down the activities
of these ruthless gangs.

“I want to acknowledge the great work of An Garda Síochána in dealing with
this situation. My proposals are aimed squarely at helping them in this
work.

“I intend to introduce legislative measures to strengthen the powers of the
Criminal Assets Bureau to make it easier to seize assets and money from
criminals.”

At its meeting, the Government approved the drafting of a Bill to provide
additional powers to target the proceeds of crime. This will include
providing the Criminal Assets Bureau with a power of administrative
restraint which will allow it in certain cases to freeze immediately assets
which are suspected to be the proceeds of crime.

The new legislation will reduce the threshold which applies under the
Proceeds of Crime Act 1996 from €13,000 to €5,000. The prescribed sum
under section 38 of the Criminal Justice Act 1994 under which cash
suspected of being the proceeds of crime may be seized will be reduced from
€6,500 to €1,000 by way of a regulation.

The Tánaiste also notified the Government of her intention to bring forward
proposals in the near future to enhance and update the legislative
framework for the lawful interception of communications and for covert
electronic surveillance, to combat the threats from serious and organised
crime and terrorism.

The Tánaiste also notified the Government of her intention to bring forward
proposals in the near future to enhance and update the legislative
framework for the lawful interception of communications and for covert
electronic surveillance, to combat the threats from serious and organised
crime and terrorism.

The Tánaiste said: “I have asked An Garda Síochána and my Department to
continue working urgently and closely together to see whether there are
other changes in the law which might be made to address the reality of
groups intent on carrying out a sustained series of killings while
endangering the safety of communities.

“Next week I intend to meet my colleagues from Spain, Belgium and the
Netherlands in relation to the transnational dimensions to organised
criminal activity.”

The Tánaiste recently signed the rules of court as the final step necessary
to establish a second Special Criminal Court, so that it can start dealing
with the current backlog of cases.

The Tánaiste continued: “I want to support the work An Garda Síochána are
carrying out on a daily basis to interrupt this cycle of violence. We have
seen unprecedented ruthlessness from these gangs. We must ensure that the
Gardaí have all they need to face down the threats from these gangs. I have
made it clear again to the Commissioner that all necessary financial
resources will continue to be made available.”

The Tánaiste announced that An Garda Síochána would be establishing a
special crime Task Force, in cooperation with other agencies including the
Revenue Commissioners and Department of Social Protection. The purpose of
the Task Force will be to focus relentlessly on persons involved in
gangland activities.

Concluding, the Tánaiste again stressed the Government’s determination to
face down the gangs: “The message we are sending to these criminal gangs is
that there will be no let up in the pressure upon them. Communities have
been put in fear by the cycle of mindless killings we have witnessed.
These measures are aimed at breaking that cycle and to bring home to these
people that no-one is above the law.”

Government approval has been obtained to provide for the following
additional measures in relation to proceeds of crime.

Between the instigation of an investigation into the proceeds of crime and
the making of an application under section 2 of the Proceeds of Crime Act
1996 there is potential for criminal assets to be dissipated.

It is proposed to provide for a power of administrative restraint in those
circumstances.

This will provide for the seizure and detention of goods, monies, or
instrumentalities of crime which a Bureau officer has reasonable grounds
for suspecting represent the proceeds of crime. Such a power shall last for
a specified period after which an application under section 2 of the
Proceeds of Crime Act must be made to the High Court.

Freezing and confiscation of property – threshold
Section 2(1) of the Proceeds of Crime Act 1996 requires property to be of a
value no less than €13,000 before an interim order can be made by the
Court. The proposed amendment will allow the measures contained in the
Proceeds of Crime Act to be triggered in circumstances where the value of
the property is €5,000. The provision is being introduced in support of the
work of the Bureau in targeting the proceeds of crime held by middle to
lower level actors in localised organised crime activity.

It is proposed to reduce this limit to €1,000 to enhance the powers of An
Garda Síóchána and the Revenue Commissioners in the seizure of cash
amounts.