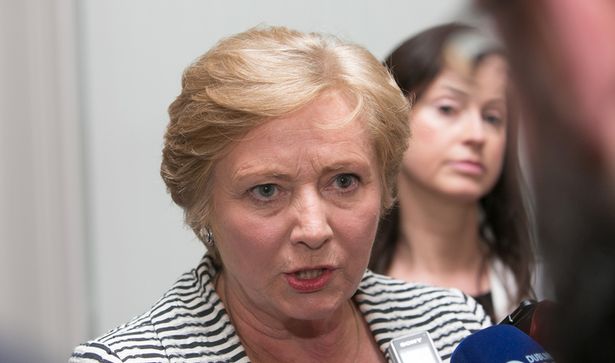 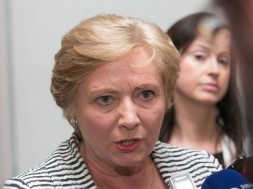 Download Garda Assessment of the status of the Provisional IRA

At the end of August I asked the Garda Commissioner to let me have a fresh assessment of the Provisional IRA (PIRA) in this jurisdiction in the light of any new evidence emerging during the PSNI investigation into the murder of Kevin McGuigan in Belfast.

The Garda Commissioner has today provided me with an assessment and, in the particular circumstances at hand, I have decided to put the assessment into the public domain and I am publishing it with this statement. The Garda assessment speaks for itself. It is fully consistent with the assessments provided previously and with what had been reported by the Independent Monitoring Commission.

The assessments, of course, relate to different jurisdictions and can be expected to vary in their details. Historically, the nature of PIRA in this jurisdiction differed from how it manifested itself in the North. Taking that into account, and inevitable differences of phrasing, there is very substantial common ground in the findings. Most importantly, there is a common assessment of the reality of the security threat posed by PIRA. The Garda Commissioner has informed me that she, of course, accepts fully the assessment made by the PSNI and British Security Service in relation to PIRA in their jurisdiction.

The assessments relate to security matters, not any political conclusions which can be drawn from them. But it is important for those of us who have been committed all our lives to democratic principles to make one thing clear: the legacy of PIRA is appalling and those with whom they were inextricably linked cannot shirk their responsibilities in relation to it. Nor is it acceptable on any part of this island, for whatever purposes, to seek to retain the substance or the shadow of a gunman.

Both assessments raise deeply troubling issues about PIRA and the legacy of paramilitarism.

This is first and foremost manifested in this jurisdiction by the so-called ‘dissident’ republican groups and their ongoing campaigns of terrorism. While these groups are separate from and at odds with PIRA, they have their origins in PIRA. They continue to present a real and persistent security threat and they are inextricably linked to organised crime to fund their criminal, anti-democratic aims. They seek to emulate a culture of lawlessness which PIRA tried to create in the border areas and the consequences of that are seen in tragic events even to this day. It is clear from the assessment that An Garda Síochána has had considerable success in bringing members of these groups to justice.

A second aspect of the Provisional IRA’s brutal legacy is the involvement in organised crime of a significant number of people who have been associated with PIRA, who, as the Garda Commissioner, points out, are involved in organised crime, make full use of the reputations which they acquired as members of PIRA and do not hesitate to use their previous terror tactics. These people will continue to be pursued relentlessly. The Garda and Revenue authorities and the Criminal Assets Bureau have made substantial progress in tackling the activities and targeting the assets of these people. Indeed, the assessment notes that since the establishment of the Criminal Assets Bureau in 1996, a total of €28 million has been remitted to the Irish Exchequer arising from actions and assessments in respect of over fifty individuals who have had connections or associations to PIRA in the past.

That said, there remains work to be done in this regard and there are investigations and criminal proceedings ongoing. I have recently met with the North’s Minister for Justice, David Ford, and the Secretary of State for Northern Ireland, Theresa Villiers, to discuss what more can be done to tackle cross-border crime. I also hope to have early discussions with them to carry forward that work and, in particular, address the implications for both jurisdictions of the assessments which have been published today. I have been informed by the Garda Commissioner that An Garda Síochána will be meeting with their counterparts later this week in the light of these assessments.

An Garda Síochána is strongly committed to tackling crime of whatever sort, whatever its origin and whomsoever is involved. There was not, is not and cannot be any question of a ‘blind eye’ being turned to any criminality and I am determined that there will be no hiding place for whatever manifestation of the IRA might be involved in it.

The relationship of practical day-to-day co-operation between the two police services is instrumental in making this island a safer place. The Garda Commissioner has made it clear that the close relationship and the successful record of co-operation with the PSNI will remain the cornerstone for tackling cross border crime that harms communities North and South. In that regard both An Garda Síochána and the Police Service of Northern Ireland have my and the Government’s full support.