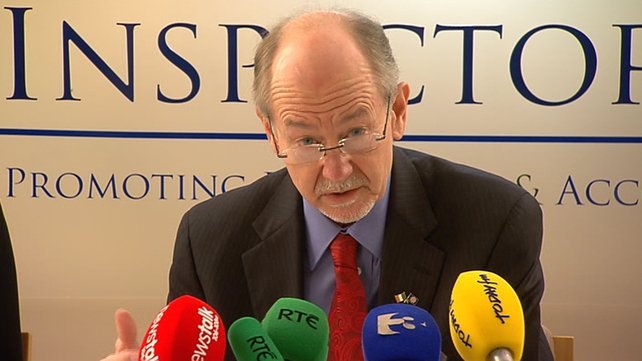 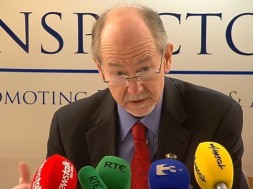 An Garda Síochana is a “very insular organisation” which is resistant to change, according to Garda Inspectorate chief Bob Olson.

Speaking on RTÉ’s This Week programme, Mr Olson said now is the time to implement major reforms proposed by the Garda Inspectorate in their latest report published last week.

He said previous reforms identified following the Morris tribunal and as far back as a strategic management (SMI) report in the 1990s had not been implemented.

“No-one had made the change happen,” he said.

He said there were around 1,500 gardaí sitting behind desks who could be out on the beat if they were replaced with adequately-trained civilians.

However, he also said that many civilians working for the force felt they were treated like “second-class citizens” and that could not be trusted by their sworn colleagues.

“They can be trusted,” Mr Olson said.

He did not see a problem with the fact that civilian members are eligible to join unions and unlike attested gardaí, they could engage in strike action.

Mr Olson said the public wanted to see more gardaí out on the beat but that the new garda roster introduced in 2012 had a dramatic impact on reducing the number of working days and significantly reducing the availability of gardaí on duty at any given time.

He said that representative organisations like the GRA – which represents rank-and-file members – and the Association of Garda Sergeants and Inspectors, had both made positive submissions which were “spot on” in their agreement with many of the inspectorate’s proposed reforms.

Mr Olson also said there needed to be a stronger focus on case management within the force, with a greater priority on investigating cases that can be advanced.

He said that they had encountered some gardaí who said they had as many as 500 cases on their hands.

“We said okay, what are you doing with those?

“Why don’t you focus on ten cases and maybe catch some criminals?” he asked.

He said the Government had come up with the money for cars, refurbishment of stations, new garda recruits and IT systems and this was an opportunity to reform the structures of the force.

He also said there was a need to restructure the top tier of the force to allow one deputy commissioner to take charge of operational crime investigation and another to head up centralised governance.

“There’s governance all over the place … and they’re all doing things differently to each other,” he said, in relation to the running of the 97 different divisions in the force.

Asked what the consequence would be if the reforms were not implemented, Mr Olson said that it was “as Sonny and Cher said the beat goes on; nothing’s going to change” and there would be no major improvement in the force’s performance.

However if the reforms were put in place it would benefit everyone, he said.

“Policing has moved on. If they don’t rise to the challenge they’re just going to be stuck in neutral,” he said.

tags: Featured Garda Inspectorate
previous Ramming of Garda Vehicles Bill 2015
next Dáil Debate: 317 outstanding compensation claims by members of an Garda Síochána for injuries received in the line of duty