Inspector Paul Cuttle, Roscommon, retired from An Garda Síochána today (Friday 8th November) after 31 years of dedicated service. Paul was a member of the Roscommon/Longford Branch of AGSI.

AGSI President Tim Galvin and General Secretary John Redmond joined his colleagues on the Roscommon/Longford Branch in wishing Paul a long and healthy retirement and thanking him for his work as an AGSI Branch representative.

Pictured below are President Tim Galvin and Paul Cuttle at the recent AGSI Autumn Seminar. (Photo by Alan Dowley) 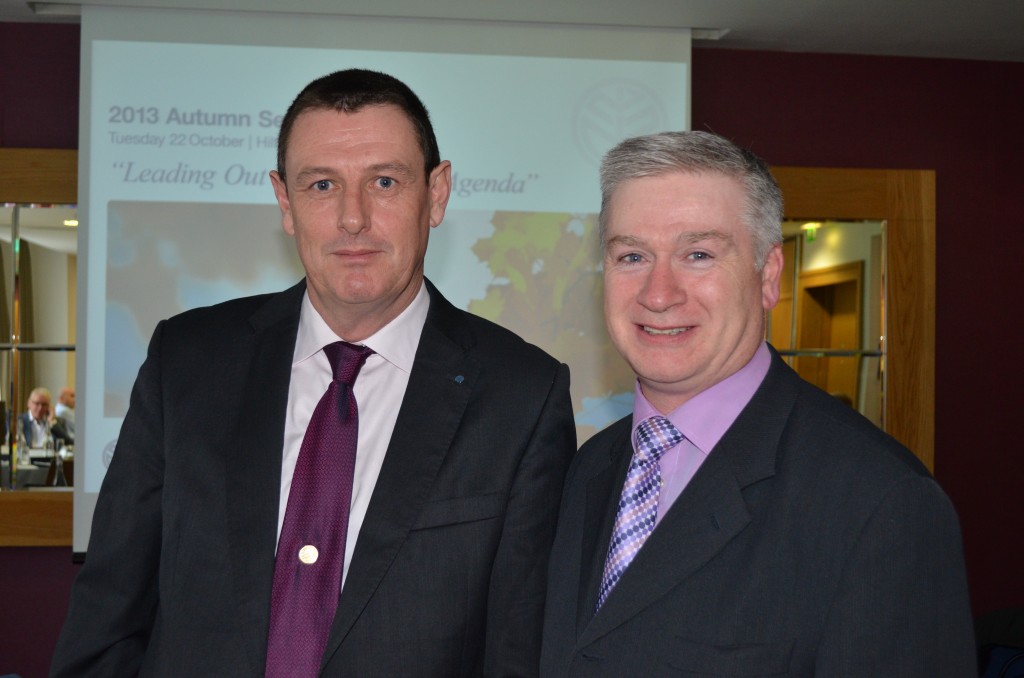