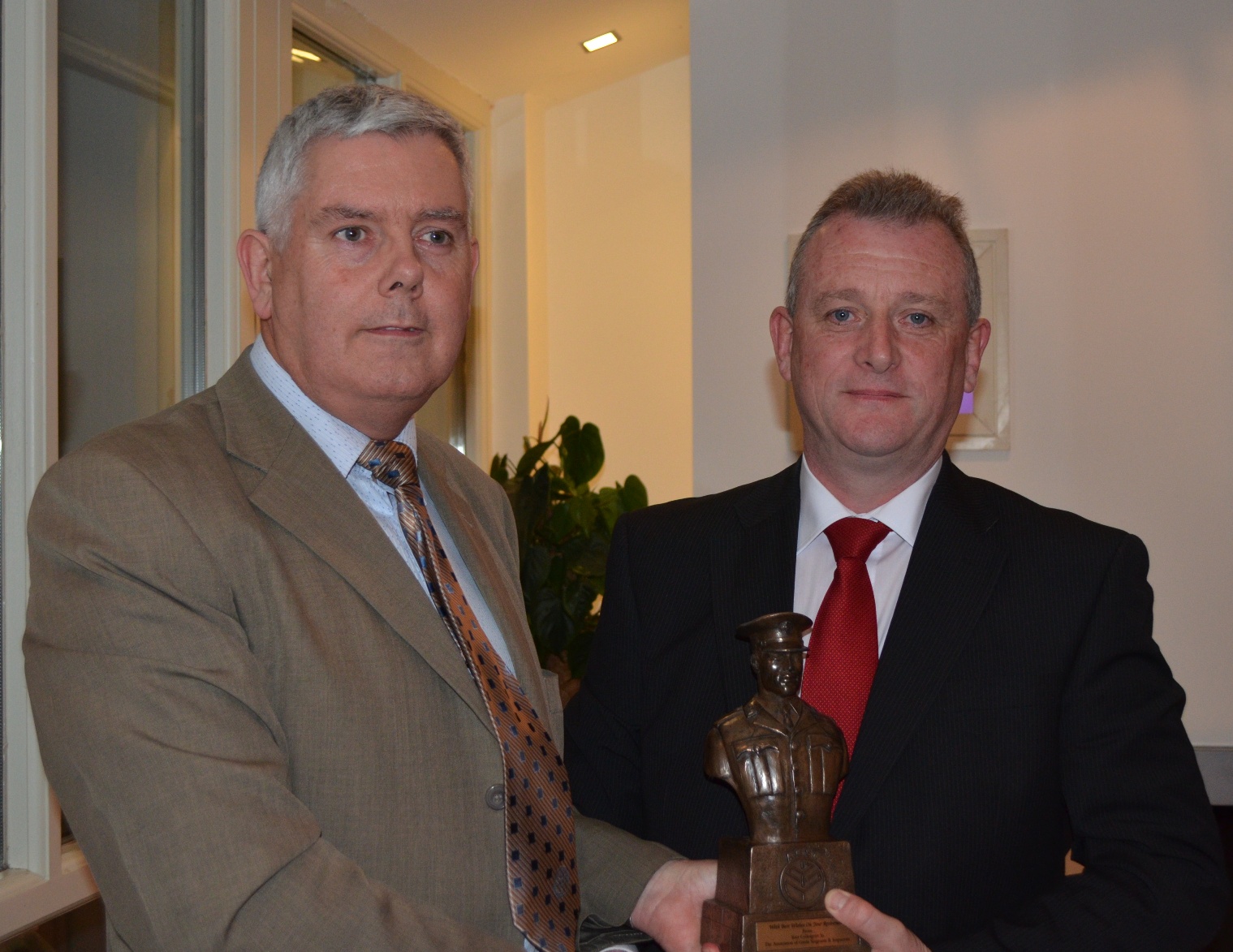 Phillip Farrell who was stationed in Blessington, Co Wicklow retired from An Garda Síochána on the 6th of June after 30 years of dedicated service.

Philip was a member of the Wicklow Branch of the AGSI. He was promoted to the rank of Sergeant on the 27th of July 2006 and served in a number of stations in Kildare and Wicklow.

His colleagues, friends and relations turned out to bid him farewell at a retirement function held in Tulfarris House Hotel, Blessington on the 23rd of April.

Deputy General Secretary John Jacob presented Phillip with a retirement bust and thanked him for his loyal and dedicated service to his colleagues as an AGSI Branch Representative. We wish Phillip good health for the future and every success in his new venture.

previous HRH Prince of Wales Visit to West of Ireland
next A Road Trip Down Memory 'Slane' to See Off Insp. Smethers: by Alan Dowley