On the night of 14th November 1926 many Garda stations were attacked by armed gangs and Garda Ward was seriously injured during the incident and later died.

88 years later, as the evening sun was setting over the village of Nobber in north Co. Meath (Saturday 28th of June 2014) a ray of sun shone on the newly erected headstone on the grave of the late Garda Hugh Ward. Serving and former members of An Garda Siochana gathered in old cemetery in Nobber for the blessing of his grave.

In January 1924 he joined the Detective Branch of An Garda Síochána and later reverted to the uniformed Force. On the night of the 14th of November 1926 many Garda stations were attacked by armed gangs and one of these stations was Hollyford, Co. Tipperary where Hugh Ward was stationed. Hugh was mortally wounded and died two days later in St. Vincent’s Hospital, Dublin.

Following a State funeral in Glasnevin Cemetery the remains of Garda Hugh Ward were taken home to Nobber where he reposed in the Parish Church overnight and following Requiem Mass the next morning was laid to rest in the graveyard across the road from the church on the 18th November 1926. The Government, Army and local community were well represented.

St John’s Old Cemetery Restoration Group under the chairmanship of Andy Reilly undertook to restore the cemetery to its original condition. On discovering the grave of Hugh Ward which had become overgrown and having established the history which led to Hugh’s death, he decided that he was worthy of a more appropriate headstone that the iron cross that marked his resting place.

Contact was made with Michael Finnegan and he was asked to come on board with the restoration committee. Michael is a former Chief Superintendent of the Louth/Meath Division and had also served in Nobber as a Garda. Michael through his contacts within An Garda Síochána canvassed the various associations and Garda Credit Unions and before long a new headstone was erected over the grave of one of our brave heroes Garda Hugh Ward.

To mark this special occasion a commemoration Mass was celebrated in St. John the Baptist Church on Saturday 28th of June at 8.00pm. Gardaí who lost their lives in the line of duty from the Louth/Meath division were also remembered: Sergeant Pat Mc Loughlin, Garda Frank Hand, Sergeant Paddy Morrisey, Garda Garry Sheehan, Detective Sergeant John Eiffe and most recently Adrian Donohue.

Sergeant John O’ Dwyer, Kells and member of Meath Branch of AGSI sang a lament “Remember Me” at the end of mass.
As the congregation gathered around the grave for the blessing the Parish Priest and Mass celebrant Rev. Fr. Séamus Houlihan thanked Andy Reilly and his committee for the great work they did in restoring the cemetery and the erection of the grave stone for Garda Hugh Ward.

As I looked around the graveyard I felt I was at a reunion of the former Louth/Meath division with so many retired and serving members of all ranks attending this special occasion none of whom who would have known anything about the late Hugh Ward but who felt that his memory should be honoured.

A wreath was laid by Chief Superintendent Aiden Glacken and Meath County Manager Jackie Maguire. Noel Mc Kenna who is a nephew of Hugh Wards thanked Andy Reilly and his committee for all their hard work and all concerned with the erection of the gravestone.

In the course of carrying out some research into the background of Hugh Ward I came across a snippet from Dáil Éireann Question Time on the 24th March 1927.

It relates to the arrest and trial of one Edmond O’ Reilly, Goods Cross, Co. Tipperary who had been charged with the murder of Garda Hugh Ward:

DOMHNALL O MUIRGHEASA: asked the Minister for Justice whether he is aware that Edmond O’Reilly, Goolds Cross, County Tipperary, was returned for trial in custody by the District Court on the 29th January, 1927, to the Central Criminal Court which opened on the 8th of February, 1927, in connection with the murder of Guard Hugh Ward, at Hollyford, on the 14th of November, 1926, and, if so, if he will state whether it is the intention to have the case tried at the present sitting of the Court, and, if not, if he will state when it is proposed to have the case dealt with.

MINISTER for JUSTICE (Mr. O’Higgins): I understand that owing to the large number of cases set down for hearing at the present sittings of the Central Criminal Court it will not be possible for the trial of Edmond O’Reilly to be reached. It will, however, be heard at the next sitting.

Mr. MORRISSEY: Will the Minister say when the next sitting of the Central Criminal Court will be held? Does the Minister consider that an important charge such as this—a major charge— should be put back in order to make room, so to speak, for minor charges? Does he not consider that this is in a different category from cases that have been returned for trial on bail, and that are before the court at the moment? When will this case be tried?

Mr. O’HIGGINS: The date of the next sitting has not yet been fixed. On the other question, I would not like to offer an opinion. The office of the Chief State Solicitor arranges the order in which State prosecutions will be taken.

Mr. MORRISSEY: The Minister will surely agree that it is unfair that there should be such considerable delay in dealing with a case like this. Is the Minister aware that this man has been in prison since the end of last year?

Mr. O’HIGGINS: He was returned for trial in custody, as the question states, by the District Court on 29th January last. 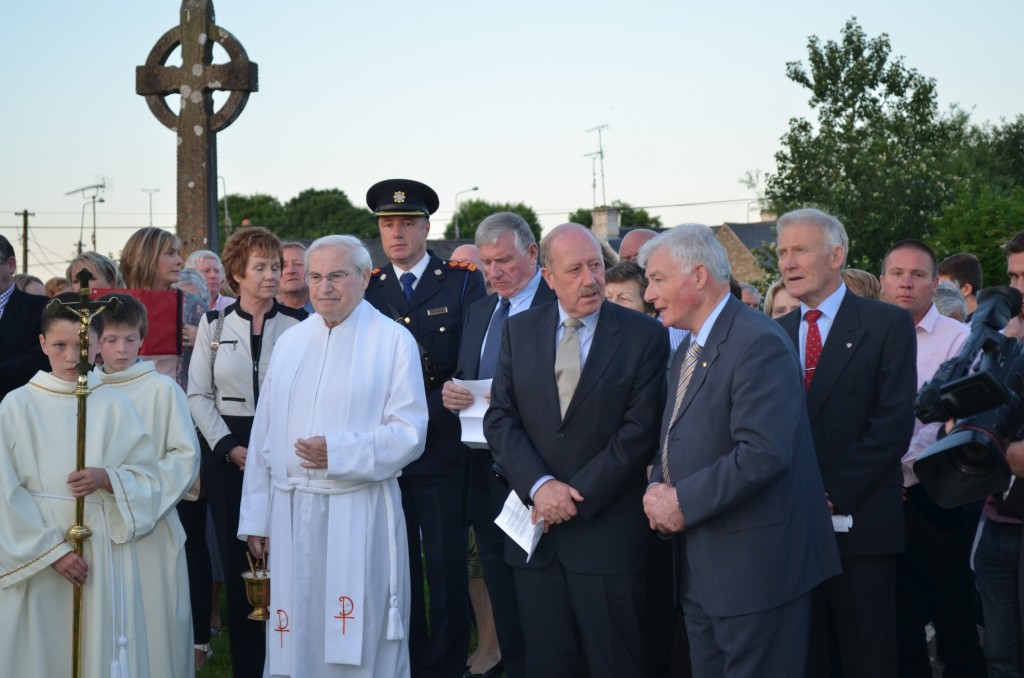