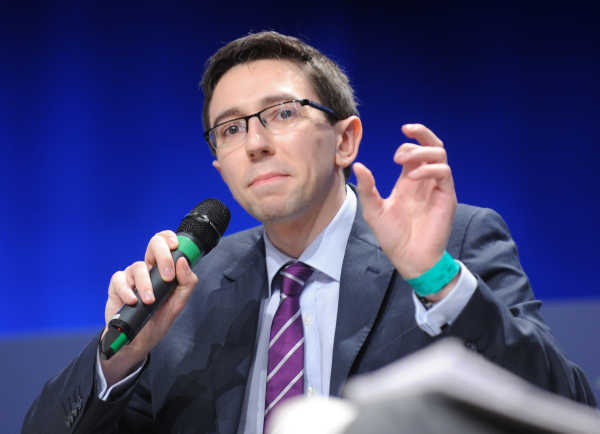 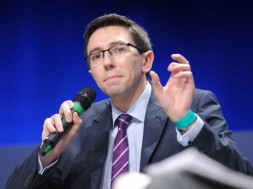 Speech by Minister of State Simon Harris on behalf of the Minister for Justice and Equality, Frances Fitzgerald T.D.

On behalf of the Minister for Justice and Equality, who is unable to be here this afternoon, I would like to thank Deputy Griffin for bringing this Bill before the House [and the other Deputies who have contributed to the debate].  It is clear that the subject matter of the Bill is one to which we can all relate.  We are very conscious of the important work done by people operating in ‘front line’ duties, in particular the Garda Síochána, and the difficulties and challenges which they face on a daily basis.  It is, of course, imperative that the Gardaí are protected in carrying out their work and that the law reflects and responds to the situations in which they find themselves.

There is great general concern about the protection of the Gardaí when serious incidents occur, and great sympathy, particularly where such incidents result in injury to or the death of a member of the Garda Síochána.

The spirit and intention behind Deputy Griffin’s Private Member’s Bill is clear – to protect the Gardaí in difficult front line and emergency situations.

As the law stands, there are a number of offences on the statute book which would address the activity which the Deputy wishes to criminalise – the ramming of Garda vehicles.

The Criminal Justice (Public Order) Act 1994 (as amended) provides explicit statutory protection for peace officers, including members of the Garda Síochána, in relation to offences involving assault to or obstruction of a peace officer in the execution of his or her duty. Section 19 of that Act provides that any person who assaults a peace officer acting in the execution of his or her duty is guilty of an offence and is liable on conviction on indictment to a fine or to imprisonment for a term not exceeding 7 years.  This maximum prison penalty was, in fact, increased from a 5 year term under the Criminal Justice Act of 2006.

The general law relating to assault is contained in the Non-Fatal Offences against the Persons Act 1997 which deals comprehensively with a wide range of assault provisions, the more serious of which carry heavy penalties.  The assault and related provisions in that Act apply to assaults on all sectors of our community which of course also includes members of the Garda Síochána.

In addition, section 2 of the Criminal Damage Act, 1991, provides for an offence where a person intends to damage property or is reckless as to whether any property is damaged and intends by such damage to endanger the life of another, or is reckless as to whether the life of another would be endangered – this offence, which is of particular relevance in the context of an activity such as ramming a Garda vehicle, carries a penalty of up to imprisonment for life. Again, the maximum term of imprisonment applicable here significantly exceeds that proposed in the Deputy’s Bill.

Deputies will agree that there is already a considerable wealth of legislation in place to enable the prosecution of those who would seek to damage Garda property or, indeed, to injure members of the Garda Síochána, by ramming their vehicles or otherwise.

However, it is clear that the Deputy’s Bill arises from concern for the safety of the Garda Síochána and from a desire that perpetrators of crimes against the Gardaí should not go unpunished.

As Deputy Griffin has already outlined, section 1 of the Bill provides for a definition of “child” as a person under 16 years of age. It also defines “Garda vehicle” and “ramming”.

Section 2 of the Bill provides that the Act applies to the deliberate ramming of a Garda vehicle or of a vehicle being operated by a member of the Garda Síochána while he or she is on duty.

Section 3 provides for a penalty of a period of imprisonment of up to 10 years where a person, other than a child, is found guilty of an offence under the Bill.
Section 3 also provides that the Bill will not apply where a Court is satisfied that there was no deliberate intent or that it would be unreasonable for it to be known that the vehicle was a Garda vehicle or that it was being operated by a member of the Garda Síochána while he or she was on duty.

The Minister has made a few technical comments and, what she hopes are, constructive suggestions in relation to the Bill. A “child” is defined in the Bill as any person under the age of 16 years. The Deputy is, no doubt, aware that for the purposes of legislation generally on the protection of children and the juvenile justice system, children are defined as being persons under 18 and that it would be problematic to provide for different age limits within the statute book – this would not have regard to consistency in our policies and indeed our approach to young persons.

More generally, and in relation to the sanction provided for in the Bill, Deputy Griffin’s Bill provides that a penalty of up to 10 years should apply.  However the fact remains that sentencing is at the discretion of the judiciary and that, as in all criminal justice proceedings, the specific circumstances of each case must be taken into account by the Court before a sentence is decided upon.  An increase in a penalty on the statute book does not necessarily mean that an increased penalty will be applied.

However, a key issue with the Bill as drafted is that it does not appear to achieve what was intended. It does not actually provide for an offence of ramming a Garda vehicle. Section 3 states that in any case where a person is found guilty of an offence to which section 2 applies, a period of imprisonment of up to 10 years will be specified. However, section 2 does not contain an offence provision. It merely states that the Act applies where a Garda vehicle is deliberately rammed.

This could be interpreted as meaning that where any offence is committed, and a Garda vehicle is rammed in the process, “the Act applies” with a penalty of up to 10 years. This could have the unintended consequence of a lower penalty being applied. For example, if an offence of recklessly damaging property with intent to endanger the life of another or an offence of causing serious harm was committed and a Garda car rammed in the process, this Act and the penalty in this Act could be applied – and it would be a penalty of up to 10 years, rather than life imprisonment, as is currently provided for under section 2 of the Criminal Damage Act and section 4 of the Non-Fatal Offences against the Person Act.

That said, these are drafting issues and the House can have no doubt of Deputy Griffin’s sincere motivation and intent in bringing forward this Bill.

That this Government is committed to the Garda Síochána can be in no doubt. Deputies are aware of the Government’s recent and unprecedented allocation of €875 million in capital funding for the Justice sector with an allocation of €18 million for Garda station refurbishment; €46 million for new Garda vehicles; an additional investment of €205 million for new technology and the recruitment of 600 new Gardaí in 2016. These developments demonstrate this Government’s commitment to investing in 21st century policing by ensuring that the Garda Síochána has the personnel, the vehicles and the technology to be modern, effective, mobile and responsive in order to prevent and tackle crime in both urban and rural communities.

The Government’s response to crime is focused on two main objectives – investment in the Garda Síochána and a strengthening of the law in relation to serious and repeat offenders. To that end, and as Deputies are aware, the Minister for Justice and Equality has introduced the Criminal Justice (Burglary of Dwellings) Bill which is currently before the Houses.

The Minister will also shortly publish the Bail Bill. Both Bills will strengthen the existing law in protecting the public from crime committed by prolific offenders and improving the safety of all communities across the country.

These are challenging times for the Garda Síochána and the Minister is determined to provide them with all of the tools necessary to meet such challenges. A further example in this regard is the recent establishment, for the first time in this jurisdiction, of the DNA Database System to assist the Garda Síochána in the investigation of crime.

By way of conclusion, I would just like to thank Deputy Griffin once again, on behalf of the Minister, for his continued work and interest in criminal justice matters.  We are all immensely grateful to the Garda Síochána for their outstanding dedication and commitment and for the important, and all too frequently dangerous, role that they play in our society.

While it is clear that there is already quite a comprehensive body of legislation in place to provide for the prosecution of this type of assault, the Minister, of course, supports the objective of the Deputy’s Bill and will, therefore, not oppose the proposal.