Former Met officer involved in the shooting of Mr Rodney following a hard stop has been charged in connection with his death. 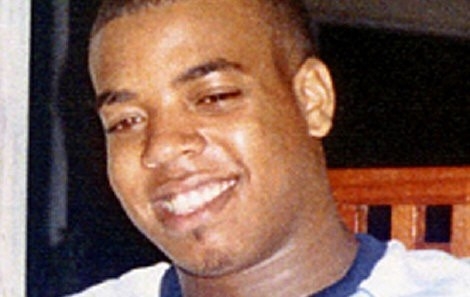 The firearms officer involved in the shooting of Azelle Rodney has been charged with his murder, the Crown Prosecution Service (CPS) has announced.The former Met officer, known only as E7, is due to appear at Westminster Magistrates’ Court for a preliminary hearing on Wednesday, September 10 2014.Mr Rodney (pictured) was shot dead on April 30, 2005 following the discharge of a police firearm.Alison Saunders, Director of Public Prosecutions for the CPS, said:
“Following the outcome of the public inquiry, the Independent Police Complaints Commission re-referred the matter to the CPS, providing us with the evidence previously gathered and the further evidence and material which has emerged since the initial referral.”We have carefully considered the new file of evidence submitted to us and have decided that a former Metropolitan Police officer will be prosecuted for murder.”The decision to prosecute was taken in accordance with the Code for Crown Prosecutors. We have determined that there is a realistic prospect of conviction and that a prosecution is in the public interest.”
previous POLICE FORCE FEATURE: IPCC Cannot Dictate Police Practice Over Conferring
next POLICE FORCE FEATURE: Firearms in Scotland: New inquiry as UN alerted