Learning arising from the use of Taser.

By – Learning the Lessons 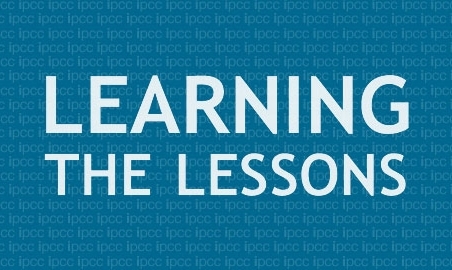 The Learning the Lessons Committee is a multi-agency committee established to disseminate and promote learning across the police service. Its members are: Association of Chief Police Officers, College of Policing, Home Office, the Independent Police Complaints Commission, HM Inspectorate of Constabulary and the Police Superintendents’ Association of England and Wales.

Learning the Lessons bulletins summarise investigations conducted by the Independent Police Complaints Commission (IPCC) or police forces where learning opportunities have been identified.

Police forces facing similar situations to those described can use the experience of other forces to improve their policies and practices.

The bulletin challenges forces to ask “Could it happen here?”

These case are referred to in the article published in July 2014 relating to Taser and is aimed at police officers and staff. It highlights case studies around the operational decisions of using the less-lethal weapon and the use of CS spray following IPCC investigations.

The findings have been presented to draw out lessons for future best practice.
Use of Taser as part of a planned operation

A man was arrested as part of a pre-planned drugs operation. Due to the severity of the offences under investigation and the man’s previous history, firearms units armed with conventional firearms, Tasers and a dog unit were deployed to make the arrest.

The man was arrested after he had got out of a car outside a residential property. He did not initially comply with instructions to get down on the ground. He was then forcibly taken face down to the ground by a number of police officers. He was instructed to place his arms behind his back, however, he kept one arm tucked under him near his waistband.

One police constable thought that the man might be reaching for a weapon and so used his Taser in drive-stun mode to the side of the man’s body. Police officers were then able to securely handcuff the man behind his back.

During the course of the incident, a police dog handler had sent his dog to grab hold of the man but another police officer got in the line of sight and was hit by the dog.

The man was taken back to the local custody suite. None of the custody staff were informed that the man had been Tasered. As a result, none of the medical post-Taser procedures were followed.

The police officer who had used the Taser was an officer safety trainer and had completed the Taser instructor course, however, he required help from another police officer to submit a Taser deployment form. There were a number of basic inaccuracies on the form.

The man later complained that he had been stamped on and Tasered unnecessarily.
Key questions for policy makers/managers:

• What processes do you have in place for ensuring that there is a clear audit trail for weapons allocated to police officers so it can be clearly demonstrated to whom they were allocated and when?

• What steps do you take to ensure that post-Taser deployment forms are properly completed, and within the 24 hours specified by College of Policing guidance?

• How do you ensure that all Taser-deployment forms are submitted to the Home Office and ACPO Conductive Energy Device Section as required by Authorised Professional Practice?

• Is it police force policy that police officers record their attendance at every incident in their pocket notebook?

• Are you aware of the correct level of information required for post-Taser deployment forms as set out in training?

• Where do you record your rationale for deploying a Taser?

• If you have used your Taser, how do you ensure that custody staff are aware that, in line with College of Policing guidance, the suspect is required to be seen by a forensic medical examiner?

• Do you routinely record your attendance at every incident in your pocket notebook?

• Do you routinely record your use of force in your pocket notebook, no matter how seemingly minor?
Action taken by this police force:

• Following this incident a new firearms issues and return form was implemented. This form requires each officer to sign for a specific and designated weapon.

• The firearms unit has also introduced a new deployment form that ties in to the issues and return form and must be counter-signed by a senior officer.
Outcomes for the officers/staff involved:

• All police officers involved were reminded of the importance of recording and justifying any use of force, particularly in incidents where firearms have been issued.

• The police officer who deployed the dog received management advice around the need for accurate record keeping in incidents where police dogs have been deployed.

• The police officer who used his Taser left the police force before he could attend a misconduct meeting.

Click here for a link to the full learning report.
Accidental Taser discharge to the head

In a busy town centre in the early hours of Saturday morning, a man approached two police officers who were crouched down and in the process of handcuffing and arresting a suspect.

The man began to argue with the two police officers and swear at them, asking them what they thought they were doing.

At this point, a police sergeant who was nearby attempted to push the man away. However, the man was aggressive and would not comply. Consequently the sergeant, several other officers, and two night marshals, who were working nearby, attempted to physically restrain the man.

Due to the man’s large size and his level of resistance, they were unable to take him to the ground. As a consequence, one of the police officers sprayed PAVA spray in the man’s face but this did not have any effect.

Eventually the man was taken to the floor but continued to resist. One of the police officers then shouted for people to get back as he was going to use his Taser. The Taser did not fire properly and so the police officer used it in drive-stun mode on the man’s back.

Shortly after he had reinforced his grip, the police officer accidentally discharged the Taser. One of the barbs struck the man on the side of his head, just above the temple. The Taser fully deployed and the man fell to the ground.

The man was conscious and still able to communicate and was placed in the back of the van after the barbs had been removed. He was then taken to the local custody suite.

At the custody suite, the man became aggressive and agitated again and was placed in a cell. He was later examined by a medical examiner who noted a number of injuries, including a penetration mark above his temple.

The police officer later submitted a use of Taser form, which was found to include insufficient information.

After the man was released from custody, he visited his GP on two occasions and complained of various medical complications he had suffered after being Tasered.

Following the conclusion of a court case against the man for his actions on the evening of the incident, he submitted a complaint to the police force alleging a number of matters, most notably that the use of force and specifically both deployments of the Taser were excessive.
Key questions for policy makers/managers:

• Is your training and police force policy clear that Taser officers become a different tactical option to escorting officers as soon as they draw their Tasers?

• What steps does your police force take to ensure that use of Taser forms are properly completed? Key questions for police officers/staff:

• Do you always re-holster your Taser as soon as the incident no longer requires it to be used?

• If a Taser barb had struck a suspect in a sensitive area, such as their head, what steps would you take to ensure they received the appropriate medical care as soon as possible?

• Are you aware of College of Policing guidance that states barbs should only be removed from sensitive areas by medical professionals?
Action taken by this police force:

• All Taser trained officers are now required to submit use of Taser forms to their direct line supervisor prior to the forms being sent to the chief firearms officer.

• All operational supervisors, including inspectors who supervise Taser officers have received additional training on the guidance for the correct deployment of Taser, including tactical options and an input on the submission of use of Taser forms.
Outcomes for the officers/staff involved:

• The police constable who discharged the Taser received management advice and is no longer authorised to carry or use Taser.

Click here for a link to the full learning report.
Taser used mistakenly on Good Samaritan

At around 10pm, two rival gangs of girls in their late teens became involved in an altercation outside a supermarket.

During the course of this altercation a young man who was with one of the groups punched one of the girls in the head causing her to fall to and remain on the floor.

A man was passing by with his friend. He went over to try and defuse the situation. He placed the girl in the recovery position, asked a passer-by to call the police and then escorted the man who had hit the girl inside the supermarket where the doors were locked.

Shortly afterwards a police car arrived with two firearms officers inside, one of whom was armed with a Taser. The police officers had been told that several calls had been received about the incident and one of the callers had mentioned knives and bottles being used in the altercation.

The Taser armed officer identified the man who had been helping the girl as a potential protagonist due to his large size and how vocal he was being. Consequently, the police officer went up to the man and tried to take hold of his arm.

The police officer got one of the man’s hands into the handcuffs. The man did not immediately comply with the instructions to place his other hand behind his back. The firearms officer then cycled the Taser for a second time.

The police officers were then able to get the man’s other hand into the handcuffs. He was then helped to his feet and placed in the back of a police van.

He was taken to the local custody suite and was released without charge the following afternoon. He later complained that he was grabbed from behind by a police officer, pushed to the ground and Tasered twice unnecessarily.

CCTV footage was taken from the supermarket but it was not checked until many months later and was found to be footage of a different time period to that of the incident. By then, the supermarket had deleted the original footage.
Key questions for policy makers/managers:

• Does your police force have specific rules of engagement for firearms officers on their own in crowd situations i.e. situations where the integrity of their firearms might be put at risk?

• In high profile incidents such as Taser discharges what steps does your police force take to ensure that all relevant CCTV is seized and checked? Key questions for police officers/staff:

• How do you ensure in fast moving, stressful situations that you follow the national decision model before using force?
Outcomes for the officers/staff involved:

• The case was referred to the Crown Prosecution Service which took no further action.

• The firearms officer who used their Taser left the police force before the investigation was completed.

Click here for a link to the full learning report.