We continue our series of features looking at case studies from other police forces.

Senior officers caution against overly enthusiastic use of body worn video at the expense of other evidence and highlight ‘caveats’ attached to armed officers wearing them. 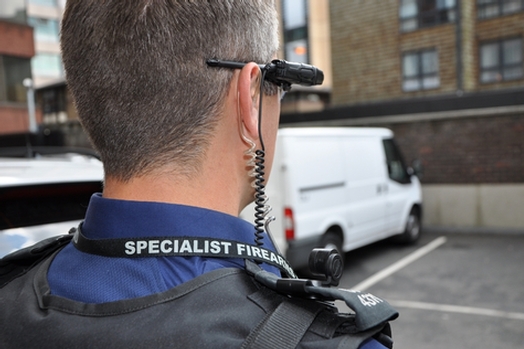 A force’s landmark trial of body worn video (BWV) on firearms officers is “proceeding cautiously” amid awareness among senior officers that footage captured via compact bodycams may not always tell the full story.

Deputy Chief Constable Simon Chesterman, national lead on armed policing, warned there were “caveats” around using the devices following an announcement that firearms officers are carrying out their duties while wearing BWV in London for the first time.

The Metropolitan Police’s Trojan Proactive Unit is carrying out what is thought to be the largest trial in BWV, and the armed unit is the first of its kind in the UK to be equipped with the devices.

DCC Chesterman, of the Civil Nuclear Constabulary, said the trial was “absolutely right and in the interest of the public and officers themselves”.

But he cautioned against any “overly zealous” embracing of video evidence at the expense of other, more traditional forms of evidence. He added that there were problems around use of the devices that specifically affect firearms officers.

“Most officers wear the cameras on their chest – and the very nature of firearms of officers is such that when they raise their arms, all you are going to see on the camera is the back of their arm,” he said. “It is not as simple as just putting a camera on a police officer.

“We have been doing trials with the Home Office to try and find the best place to put the camera on firearms officers, because as soon as they raise their weapon, they are obliterating the camera.”

Some studies in the United States have suggested that firearms officers should wear not one but three cameras – one on their chest, one on their weapon and one on their head.

DCC Chesterman said it was important to bear in mind that the technology “may not capture some things that the eye can see”.

“Clearly the camera is not as sophisticated as the human eye,” he added. “The officer will have been privy to the briefings, intelligence and emotion on scene. These are all things the camera cannot pick up.

DCC Chesterman said there were likely to be differences between officers’ accounts and events as they appear to unfold in video footage.

He cited the example of the immediate aftermath of the murder of Lee Rigby, when firearms officers non-fatally shot the soldier’s murderers, Michael Adebolajo and Michael Adebowale.

DCC Chesterman said: “If you look at what the firearms officers said in their accounts about the incident in Woolwich, there are minor discrepancies between their honestly held accounts and what was effectively on videos of the event.

“The reason it did not matter was that in that case the officers were hailed as heroes, but it could have been an issue if it had been a slightly more contentious incident.”

Officers have previously also referred to an incident in America when an armed officer shot a man in what appeared, on BWV footage, to be an unprovoked shooting – but CCTV footage later showed the officer had been right to discharge his weapon as the man had been poised to open fire.

There is a widespread belief that BWV technology could revolutionise the relationship between the public and the police, leading to fewer complaints, better evidence and greater transparency as well as potentially more early guilty pleas in court.

Met Commissioner Sir Bernard Hogan-Howe first pledged his force would embrace BWV amid the fallout from the inquest into the death of Mark Duggan. He was shot dead by police in Tottenham in August 2011 in an incident wthat heralded disorder in English cities.

Inspector Steve Goodier, who has been overseeing Operation Hyperion, a trial of the devices in Hampshire, said: “When the Met Commissioner made the announcement, that is when Simon Chesterman said, hang on a minute, there is more to consider than just giving firerarms officers a camera. What evidence will it be used to gather? How effective will it actually be?”

But he added: “We welcome the Met’s decision to trial this in a firearms context.”

Sir Bernard has said he wants to see all the Met’s frontline officers routinely wearing BWV by 2016.

The device being used by the Met – Taser’s AXON – is also in use in the United States.

Other forces involved in the trial, which is being led by the Association of Chief Police Officers, include South Wales Police.

Sir Bernard said: “This is the next step towards us improving our policing service to Londoners through the use of technology. It allows us to be more open and accountable to the public we serve.”