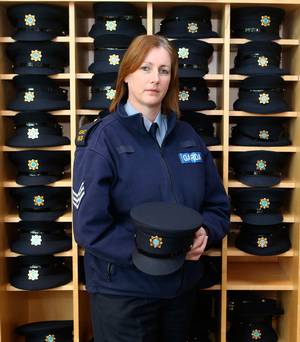 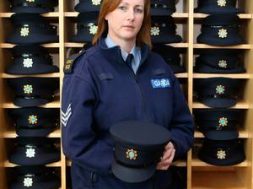 Monday interview: ‘All we are left with is broken promises’

This article was originally published on Independent.ie

The warning signs had been there for the past six months. But the Government either failed to notice them or else chose to ignore them.

Now Antoinette Cunningham, in her first year at the helm of the Association of Garda Sergeants and Inspectors, could find herself leading her members onto the streets for the first time.

The representative association for mid-ranking supervisors in the force will decide next week in Athlone if they should embark on a campaign of industrial action. A number of branches are expected in the coming days to table motions advocating taking a hard line.

Although only in the post since April, Ms Cunningham has a lot of experience as a representative and has built up a band of admirers in the senior ranks of the force, including, it is believed, Commissioner Nóirín O’Sullivan, for her ability to clearly articulate and explain her members’ views.

She acknowledges that her colleagues are a conservative bunch.

“We are moderates. We are not extremists”, she points out. It’s a statement that could not be challenged by anybody on the other side of the negotiating table – if the gardaí were allowed to sit at that table.

And that’s the crux of the problem.

For years, the garda representative groups have argued for the right to negotiate their own pay directly, rather than sitting in an adjoining room while public sector trade unions put the case for better wages and conditions.

The AGSI took its case to Europe and appeared to have achieved a breakthrough in 2014 when the European Committee of Social Rights ruled that gardaí should have the right to strike.

The Government responded that giving gardaí that right would raise serious issues in respect of the capacity of the State to ensure the maintenance of law and order.

But it did promise that other issues, such as the right to participate in collective bargaining and in employee group representation, would be included in an ongoing review of the force. The ruling was later upheld by the Council of Europe.

The review was due to be completed by June 2014 but is still ongoing and the latest estimate is for an end-of-year deadline.

The AGSI members feel they have been betrayed.

Ms Cunningham said: “We wanted also to gain access to the Labour Court and the Workplace Relations Commission, but in the meantime we remained outside the door during the talks on the Haddington Road and Croke Park agreements and eventually signed up to a deal that had been negotiated by others.

“That left us at a huge disadvantage as only gardaí can properly and fully negotiates issues that affect them.

“We played our part and accepted an extra 30 hours’ work a year, reductions in our overtime and cuts in our pay. In return, we were to get an independent review of our pay.

“What happened was an absolute farce and this is what has led to us being in this position now.”

Little progress was made with the review last winter and this led to the first public inklings that AGSI was growing increasingly unhappy.

The review suffered another setback during the summer when conciliation expert Ray McGee, who had been in charge of the review and worked alone without any back-up staff and no office, resigned from the post.

“I have never seen the frustration among our members at such a high level,” says Ms Cunningham.

“There has been a fundamental breach of our agreement. We had a meeting two weeks ago with the Department of Public Expenditure and it was clear there that we are not going to be part of a public sector pay commission.

“All we are left with are broken promises.”

Ms Cunningham has strong views on the unique status of the gardaí.

“You cannot say we are equal to every other group of workers. We do not have the right to strike, to negotiate directly on our own pay and conditions or access to the forums available to others and we face disciplinary action if we go out on strike.

“The gardaí are different from other public servants and the Government should come out now and acknowledge that.

“It is regrettable that we are at this stage but the mood among our people right now is that they are not prepared to wait another few years.

“I would be disappointed if we lost public support. We are the central spine of the garda organisation but we don’t want to affect the lives of the public.

“We all live in the community too. Everywhere I go, I find the public are highly supportive of us and they feel we should be treated the same as other public servants.

“We welcome any opportunity to engage in discussions. Its good to talk.

“But there has to be an outcome and its time to sort out our problems.”