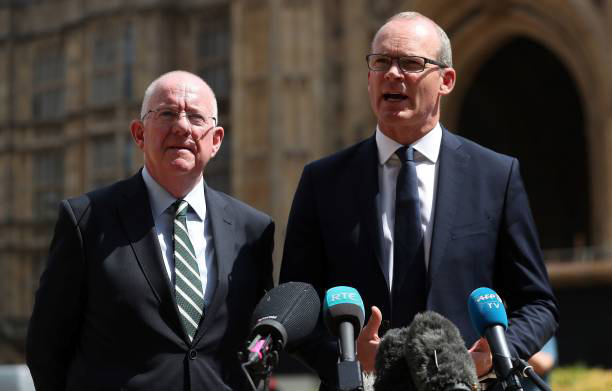 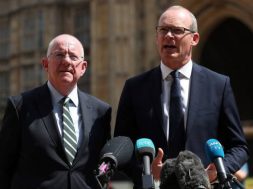 The Minister for Justice and Equality, Charlie Flanagan, T.D. and Tánaiste and Minister for Foreign Affairs and Trade, Simon Coveney T.D. welcomed the publication today of the first report of the Independent Reporting Commission.

The Report sets out the Commission’s assessment of progress to date on the implementation of the provisions of the 2015 Fresh Start Agreement that are designed to tackle paramilitary activity and associated criminality, and bringing an end to paramilitarism in Northern Ireland.

The report finds that twenty years after the Belfast/Good Friday Agreement, the continuation of paramilitarism remains a stark reality of life in Northern Ireland.

Speaking on the Report’s publication, the Minister for Justice and Equality, Charlie Flanagan, T.D. said, “This first report of the Independent Reporting Commission is really important. It is an opportune reminder to all of us of the continuing adverse impact on society in Northern Ireland of the culture of paramilitarism.”

“The Commission expresses strong confidence in the whole-of-society approach to ending paramilitarism set out in the Fresh Start Agreement and reports good progress across a range of measures. A striking feature of the Report is the strong and clear correlation displayed between the locations of paramilitary activity within areas of social and economic disadvantage in Northern Ireland. I urge people on all sides in Northern Ireland, especially those in positions of political influence, to engage fully in this process of positive change for the people of Northern Ireland.”

The Tánaiste and Minister for Foreign Affairs and Trade, Simon Coveney T.D. said

“I welcome the first report of the Independent Reporting Commission.

The Commission plays a vital role in monitoring and supporting the implementation of the commitments made by the UK and Irish Governments and the Northern Ireland Executive under the Fresh Start Agreement to bring an end to paramiltarism in Northern Ireland.

The Commission’s report makes clear the range of areas where there needs to be an Executive in place in order to fully and effectively implement the Executive’s Action Plan for tackling Paramilitarism, Criminality and Organised Crime.

It is another reminder of the importance of getting the power-sharing Executive and Assembly in place again to address the issues of most importance for people in communities across Northern Ireland.

On behalf of the Irish Government as a co-guarantor of the Good Friday Agreement, I will continue to work with the Secretary of State for Northern Ireland and the leaders of all of the political parties in Northern Ireland to seek to support a way forward that can secure the necessary agreement on a new Executive as soon as possible.”

Ministers Coveney and Flanagan expressed thanks to the Commissioners and their staff for this Report and congratulate them on their work to date.