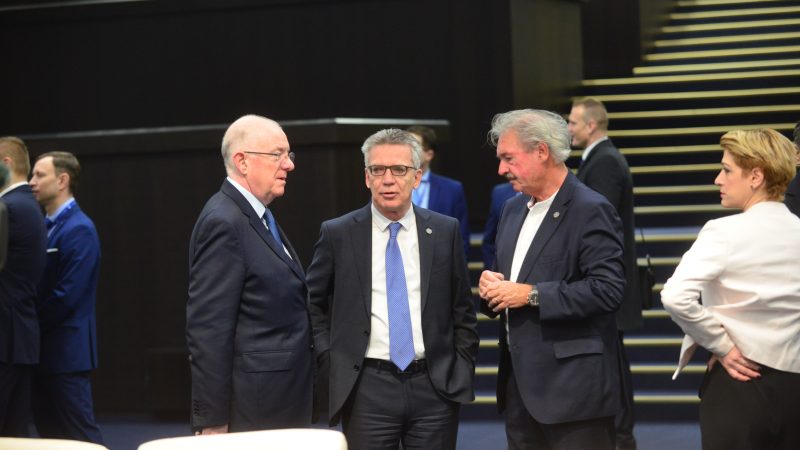 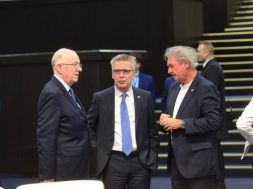 The Minister for Justice and Equality, Charlie Flanagan T.D. attended the Justice and Home Affairs Council meetings in Luxembourg with his European counterparts on the 11th and 12th of October, 2018.

Topics for discussion included a new procedure for gathering electronic evidence within the EU (e-evidence), insolvency, fundamental rights, and migration, including the European border and coast guard.  There was also an item on securing European elections from data misuse.

Following the meeting, the Minister stated that “This was a useful opportunity to engage with my European colleagues in an open and constructive way as we grapple with some of the most difficult issues facing governments across Europe, including security and migration, issues which can only be addressed effectively by working together.

The most important item on the Home Affairs agenda continues to be migration. While significantly less migrants are travelling to Europe than in 2015, we are building a stable and long-term response to the challenges of migration today, and in the future, on the basis of our common European values.  We made progress at the meeting on the European Border and Coast Guard regulation. I’d like to see some further momentum in relation to the reform of the Common European Asylum System and Resettlement over the coming months.  For our part, we have shown solidarity with our European partners throughout the Summer, with twenty of the latest group of migrants who arrived by ship to Italy due to arrive in Ireland by the end of this month, following completion of the assessment process.

The interaction between the digital world and the justice agenda was relevant to a number of the items on the agenda of the Justice Council.  We had a worthwhile discussion on the importance of securing European elections from data misuse and the increasing threat posed by those who abuse technology to undermine our democratic processes for their own ends.

I was an active contributor to the discussion on the e-evidence dossier, an issue of particular importance for the Irish economy, when so many global digital firms have chosen Ireland as their EU base.  The proposal is revolutionary, requiring a leap of faith in the same way that the European Arrest Warrant did some years ago. We are anxious to ensure that an appropriate balance is struck between the needs of all of individuals, judicial authorities, and the companies involved.  At the meeting it was clear that the majority of Member States are supportive in principle, with further discussions required on some of the practicalities.

Finally, I’ll was present for an exchange of views with the Director of the Fundamental Rights Agency, Michael O’Flaherty, who continues to do good work in highlighting the existing challenges to fundamental rights protection in the EU.  The Fundamental Rights Agency’s initiatives to develop data to support evidence-based policies should help us in our work to safeguard fundamental rights, an issue of particular interest to me in my work as Minister for Justice and Equality, and a key theme for this Government.”

tags: Featured
previous Minister Flanagan announces budgetary allocation of €2.79 billion for Justice Sector
next Speech by the Minister for Justice and Equality on the Third Interim Report of the Disclosures Tribunal