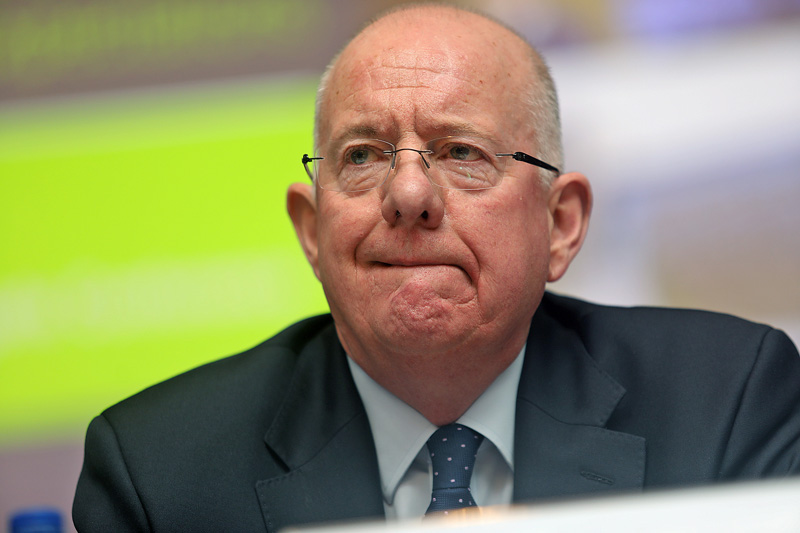 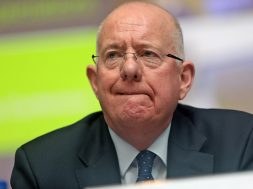 The Minister for Justice and Equality, Charlie Flanagan TD, has announced that Government has today approved his proposals for the drafting of General Schemes to (1) extend the circumstances in which recording devices, including body-worn cameras, can be used by An Garda Síochána and (2) codify police powers of search, arrest and detention. The two pieces of legislation are key recommendations of the Commission on the Future of Policing in Ireland, which reported in September 2018.

Minister Flanagan said: “I am delighted that Government has approved the preparation of these two key pieces of legislation recommended by the Commission on the Future of Policing in Ireland. The Commission set out a clear vision for policing in Ireland, a vision that will ensure we have more visible policing within our communities with the best possible resources in place to support, protect and keep all our people safe. We are making important progress and this work remains a high priority for my Department. We will continue to support An Garda Síochána in progressing a number of crucial actions in the months ahead, including further workforce modernisation, a review of discipline processes within An Garda Síochána and delivery of a new pilot local policing model.”

Modern policing services are increasingly using digitally-enabled tools to become more efficient, effective, responsive and transparent. The Commission on the Future of Policing in Ireland noted that the technologies available to An Garda Síochána were limited and outdated and it proposed a comprehensive strategy for digital innovation, including the roll-out of body-worn cameras.

The use of body-worn cameras will form part of the wider Garda Closed Circuit Television (CCTV) management strategy, to ensure a consistent and standardised approach to the management of all recordings. The legislation will also provide a legal basis for the extension of the circumstances in which Automatic Number Plate Recognition (ANPR) devices may be used by An Garda Síochána. The recording and storage of images will obviously raise some privacy and data protections concerns, these will be fully addressed in the legislation following consultations with relevant stakeholders.

The Minister added: “The use of body-worn cameras by modern police services around the world has increased dramatically over the last five years or so. The evidence available suggests that they can greatly improve police frontline capability with the accurate recording of incidents. They provide a contemporaneous evidence capture and a clear unambiguous record of particular events and interactions such as at public order protests. Their deployment can lead to an increase in admissions and early guilty pleas. Most importantly, their usage may increase public trust and build confidence in policing generally.”

New legislation will also be drafted which will not only codify police powers of search, arrest and detention into a clear and transparent code, but will also codify the procedural rights and safeguards underpinning the exercise of those powers.

A comprehensive statutory framework for Garda powers will facilitate compliance and ensure consistency across the legislation underpinning police investigative powers. The legislation will be supported by statutory codes of practice establishing clearly the rights of suspects and accused persons to ensure the fair and effective exercise of Garda powers.

Minister Flanagan said: “Policing must be both effective and fair. In order to protect the rights of all, the Gardaí must have powers that curtail the rights of some, such as searching, arresting and detaining a person. These are amongst the most coercive powers the State can exercise, so it is imperative that there is clarity and transparency in the extent of those powers and codes of practice as to how and when they can be used. This legislation will codify the existing powers which derive from diverse legal sources and provide much greater clarity.”

The Minister further noted that work is progressing as a priority in his Department on the Policing and Community Safety Bill, which will redefine policing to include prevention of harm to those who are vulnerable and place an obligation on relevant state agencies to cooperate with An Garda Síochána in relation to the broader issue of community safety. It will also provide for a new coherent governance and oversight framework to empower the Garda Commissioner to act as CEO supported and held to account by a non-executive Board, ensure strong internal governance and robust, transparent external oversight and effective accountability which will ultimately lead to a better run organisation and more effective policing.

tags: Featured
previous Gardaí have ‘measure of latitude’ when using handcuffs, Supreme Court rules
next Speech by Minister for Justice and Equality at 60th Anniversary of First Recruitment of Female Gardaí