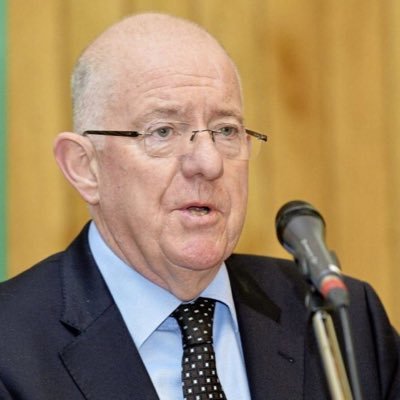 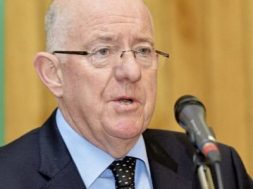 Minister Flanagan has announced that funding has been secured to facilitate the continued recruitment for An Garda Síochána.  He stated:

“In 2018, we will recruit a further 800 Gardaí and provide for the recruitment of an additional 500 civilians to  fill critical skills gaps across the organisation and to facilitate the redeployment of Gardaí from administrative and technical duties to front-line operational duties, keeping the people of Ireland safe and secure.”

“There are plans to strengthen the Garda Reserve to deliver on the Government’s commitment to visible and responsive policing in communities throughout the country.

“The overall resource package for An Garda Síochána can continue to provide effective community policing and meet the challenges of twenty first century policing including counter-terrorism, organised crime, white collar crime, and so forth.  There is also provision to maintain targeted operations, such as Operation Thor, as may be necessary.

“After a lost decade during the economic crash, we are steadily building up capacity in An Garda Síochána.  This recruitment is happening at a time of great change in the Force with the Policing Authority now providing continuous hands on oversight of policing.  In this context, I am pleased to allocate an additional €600,000 to the Policing Authority to provide for additional staffing, accommodation and other costs associated with its important work.

“Moreover, I am providing an additional €300,000 to the Garda Síochána Ombudsman Commission to strengthen staffing resources including a new unit established in relation to Protected Disclosures.

“As we steadily build up Garda numbers, we will this year also provide almost  €100 million for Garda overtime.  This continuing investment has enabled Garda management to establish a number of specialist units in key strategic areas throughout the country.  We continue to work to place the organisation on a sound and sustainable footing in the long term.

The Minister highlighted the importance for the Government of projects involving communities and An Garda Síochána working together.  He said “I am also pleased that it is possible to allocate an additional €100,000 for local crime prevention initiatives including the very effective text alert scheme where crime prevention messages (both general and specific to the area) sent by An Garda Síochána to community groups are disseminated to their members.”

Minister Flanagan announced that an additional €157 million has been secured for the Justice sector following the mid-term review of the Government’s Capital Plan 2016 – 2021.

“I am pleased that I have been able to secure additional capital funding to supplement the unprecedented levels of investment in buildings, the Garda fleet and ICT under the Capital Plan. This will provide An Garda Síochána with modern accommodation, vehicles and technology to enable it to provide the standard of policing expected in the 21stcentury.

“The Government’s Capital Plan provides for total investment in Garda capital of over €400 million over the next four years as well as a major Public Private Partnership project to deliver three new Garda Headquarters in Sligo, Macroom and Clonmel.

“The additional funding provided will also enable the completion in early 2018 of the new Garda Headquarters at Kevin Street and Galway. Together with the recently completed Wexford Headquarters, these flagship projects represent an investment of approximately €100 million in the Garda building estate.

“It will also facilitate the development by the OPW of a new flagship building to replace the current Garda DMR HQ in Harcourt Square,

“€6 million has been allocated to provide for Garda vehicles next year.  This continuing level of funding supports An Garda Síochána in taking a strategic approach to the continuous updating of the Garda fleet to ensure that An Garda Síochána has a modern, effective and fit for purpose fleet.  This funding will provide for up to 240 new vehicles next year “In tackling serious crime, I would highlight the vital importance of further funding for work on the Schengen Information System (SIS II) which will enable the rapid dissemination of information pertaining to terrorist threats and other subversive and non-subversive crime types across members states of the European Union.  The modern manifestations of terrorism on our continent suggest that terrorists are more mobile than ever before and it is essential that our technology is developed so that we can work efficiently and effectively with our partner states to keep our people safe.”

Minister Flanagan announced the provision of €4 million to facilitate the establishment of a new Passenger Information Unit in order to implement the EU Directive on Passenger Name Record data (PNR) during 2018. He stated:

“The EU Directive on Passenger Name Record data is aimed at the prevention, detection, investigation and prosecution of terrorist offences and serious crime and I am confident that the new PIU Unit will help protect the safety and security of the Irish people.”

The Minister announced that the accelerated building of a new Forensic Science Laboratory (FSI) on a site in Backweston in Co. Kildare will continue in 2018. The current facility is in need of complete modernisation. The Minister said: “Forensic Science Ireland makes a very significant expert contribution to the criminal justice system and the funding to continue to develop the new facility is very important. Not only will this provide a state of the art facility to enable FSI to provide a much improved service in analysing samples submitted from crime scenes and providing expert evidence in criminal trials, but it will also facilitate the merger of FSI with the Garda Technical Bureau.”

Office of the Data Protection Commissioner

The Minister said that “it is entirely appropriate that additional funding is provided to the Office of the Data Protection Commissioner in view of the fundamental transformation to the data protection environment arising from the implementation of the EU General Data Protection Regulation (GDPR) in 2018. It reflects the importance of a stable and effective data protection regulatory environment to the continuing presence and investment by the technology multi-national sector in Ireland. The significance of a robust Irish data protection regime to the continuing expansion and growth of the digital economy cannot be underestimated.”

€3 million for the establishment of the Decision Support Service.

Legal Aid Board – €1.250 million – to build on the budgetary increases in recent years to continue to reduce waiting list and consolidate services across a number of areas including the Abhaile Scheme for persons in mortgage arrears. It also includes provision for pay increases in 2018.

Funding has also been allocated for referendums in 2018.

Minister Flanagan announced additional funding to provide a step down facility for women prisoners in the Dublin area.

The Minister said: “The step down facility is a joint venture between the Irish Prison Service and the Probation Service aimed at supporting re-integration after sentence, preventing further crime and furthering the common good by ensuring that offenders can turn their lives around. The new facility will accommodate women for a period of time following custody, or on probation supervision in the community, who are assessed as suitable to reside in the community and have accommodation and other needs requiring support. It is envisaged that the service provider will coordinate individualised care plans for this vulnerable group with complex needs, linking women to a variety of community based services and equipping them with skills to move towards full independent living post sentence.  To ensure our communities are safe, we must ensure that our prison service can be effective in rehabilitating prisoners and step-down facilities are an important part of that overall goal”

The revised Prisons Capital budget over the period 2018 to 2021 will be in the region of €120 million and will enable the construction commencing in 2018 of a new modern wing in Limerick Prison, with in cell sanitation and a dedicated standalone new female prison for the Munster region. The capital funding will also allow for the improvement of facilities in Portlaoise Prison, Shelton Abbey and Loughan House Open Centre, the Dóchas Centre and at Cloverhill Prison and Wheatfield Place of Detention. It will also facilitate the development of a masterplan for the Mountjoy Campus aimed at centralising and enhancing shared services on the site.

Additional funding of €1.5 million has been made available for Courthouse maintenance and staffing to further progress the Courts Service Reform measures and facilitate legislative changes.

Arising from the mid-term capital review, an additional €5 million is being made available to facilitate investment in ICT technology. The Minister said: “We continue to work to make the administration of justice more efficient.  The Courts Service is confident that this €5m investment will improve services for citizens through the provision of courtroom technology to assist the efficient running of courts. It will also support enhanced collaboration within the justice sector in criminal matters and developments in data sharing between justice agencies.”

The capital allocation over the period 2018 to 2021 will also facilitate the delivery of the current Courts Regional Building Projects which are being delivered under a Public Private Partnership (PPP) arrangement. This extensive PPP project is delivering significantly improved court facilities to seven locations around the country: Cork, Limerick, Waterford, Wexford, Mullingar, Letterkenny and Drogheda. Minister Flanagan has already formally opened the new courthouse in Drogheda.  The remaining projects should be complete and operational in the coming months.

This funding is necessary to support the work of the Authority in relation to increased staffing and other administrative costs.

Gross expenditure budgets for the 8 votes in the Justice Vote Group total €2.634 billion and cover the following votes;

Ireland is obliged to implement the EU Directive on Passenger Name Records (2016/681) in 2018. The Directive requires Ireland to set up a Passenger Information Unit to screen airline passenger data in order to facilitate the prevention, detection, investigation and prosecution of terrorist and other serious crimes such as human trafficking.