Frances Fitzgerald, TD, Minister for Justice and Equality, yesterday
welcomed the successful passage of the Court of Appeal Bill 2014 through
the Dáil and the Seanad. 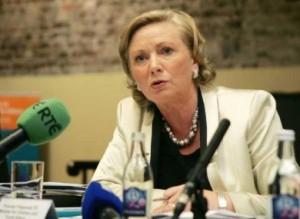 The Minister said that “in publishing and steering this Bill through both
the Dáil and Seanad, the Government has responded in the most positive way
possible to the mandate given to it by the people last October to provide
for the establishment of a new Court of Appeal.”

The Court of Appeal Bill 2014, published on 4th July, provides for the
establishment of the new Court and makes the necessary legislative
provision to ensure that it is accommodated within the existing courts’
structure.

The Minister stated: “This is the biggest reform in the organisation of our
courts system since the foundation of the State. This Bill paves the way
for changes in our courts system which will be radical and far-reaching.”

The Minister paid tribute to the collaborative spirit which marked the
passage of the Bill through both Houses: “I am very conscious of the
overwhelming support which the Bill received in its passage. This affirms
the fact that reform in this area has been long-awaited and I am pleased
that I am in a position to bring the legislative phase of this project to a
successful conclusion.”

The Minister continued: “Other arrangements of an implementing nature are
already in train to ensure that the Court of Appeal will be operational in
October.”

She concluded: “A measure of success for the new Court will be the delivery
of significant reductions in the waiting time for the hearing and
determination of appeals. I am confident that the new Court is equipped
with all of the tools necessary to enable it to realise the expectations
which are being placed upon it.”

The Bill will shortly go to the President for signature.