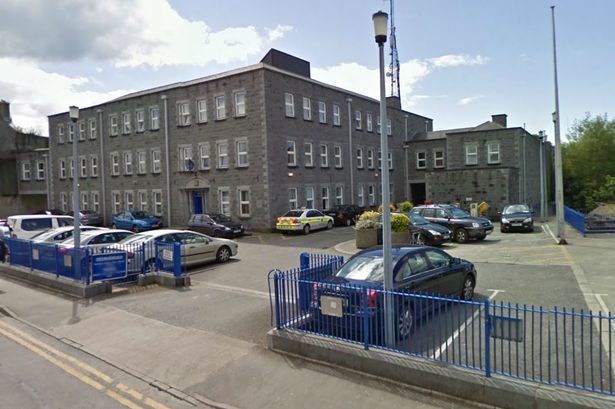 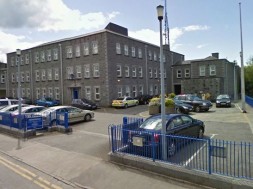 Work on this new building, the total cost of which will exceed €28 million, will commence in the coming days and is expected to take approximately two years to complete. When finished, it will provide An Garda Síochána with a modern, state of the art Divisional and Regional Headquarters consisting of a range of accommodation to meet An Garda Síochána’s existing and future operational requirements.

Visiting the site Minister Fitzgerald stated that “It is essential that our Gardaí are supported, resourced and equipped to deliver effective policing service for the 21st century and to tackle the realities of crime in our communities. A safe, modern working environment for Gardaí as well as fit-for-purpose facilities for visitors, victims and suspects are an essential part of this. I am very pleased that it has been possible to make funding available to invest in such facilities here in Galway and elsewhere. Referring to the other projects already underway to provide new Divisional Headquarters at Kevin Street in Dublin and Wexford Town, Minister Fitzgerald said that “work was progressing satisfactorily on these sites and that they are on target for completion in 2017.

Speaking at the site Garda Commissioner Noirín O’Sullivan welcomed the investment by Government in the development of this new Regional and Divisional HQ in Galway. “This new HQ will enhance the service we provide to the people of Galway and the Western Region in terms of supporting the victims of crime and investigating crime” the Commissioner said.

In addition to the funding for these three new Headquarters, €18 million in direct funding is being provided for the refurbishment of Garda stations throughout the country under the Capital Plan 2016-2021. The Government has also approved the development of a new Public Private Partnership which will allow for large-scale construction/redevelopment work needed in relation to certain Garda stations throughout the country which is critical to delivering effective policing service and to tackle crime. In relation to this Minister Fitzgerald stated “I expect to announce details of a comprehensive plan for investment in Garda buildings over the course of the Government’s Capital Plan very shortly.”

Speaking ahead of the event, Minister Harris said: “I am delighted that my Office, the Office of Public Works, plays such a pivotal role in the provision of Garda accommodation. This project, the Galway Regional and Divisional Headquarters project, is the third of these projects to start this year, along with Wexford and Kevin Street in Dublin. My Office has designed a facility which will provide An Garda Síochána with a wide variety of modern support facilities as befits a modern police force and I have no doubt that this new station will also greatly benefit the citizens and city of Galway.”

New Building: The new Galway Regional and Divisional Headquarters will consist of an 8,000 square metre Divisional Headquarters building with a 4,000 square metre basement. It will provide extensive accommodation facilities to meet the requirements of both Gardaí and members of the public, including a public office, conference, training, custody facilities, as well as accommodation for a vehicle testing garage, a firing range and victim support facilities. The contract has been awarded to JJ Rhatigan & Company and the project is 2 years’ duration.