Delegates at the Association of Garda Sergeants and Inspectors conference which opens in Co Meath today are to be told there is little point in having three bodies supervise one and that the Garda Ombudsman, the Garda Inspectorate and the new Garda Authority should be merged. 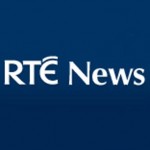 The AGSI is calling for the amalgamation of the three bodies established to oversee the work of An Garda Síochána.

Middle ranking gardaí are also seeking increased training for officers who carry firearms and a special driver’s permit so that penalty points incurred in the line of duty will not appear on a garda’s personal driving licence.

30 motions on issues including pay, training, policing and equipment as well as concerns about the strength and oversight of the force are on the agenda at the AGSI annual conference which opens later today.

Sergeants and inspectors say the oversight bodies should be merged into a single body to save money and administration with the savings being used to recruit more gardaí.

Delegates also say all gardaí authorised to carry a gun should undergo mandatory training to the highest level, not just basic training as is currently the case, and that there should be sufficient armed gardaí available all over the country.