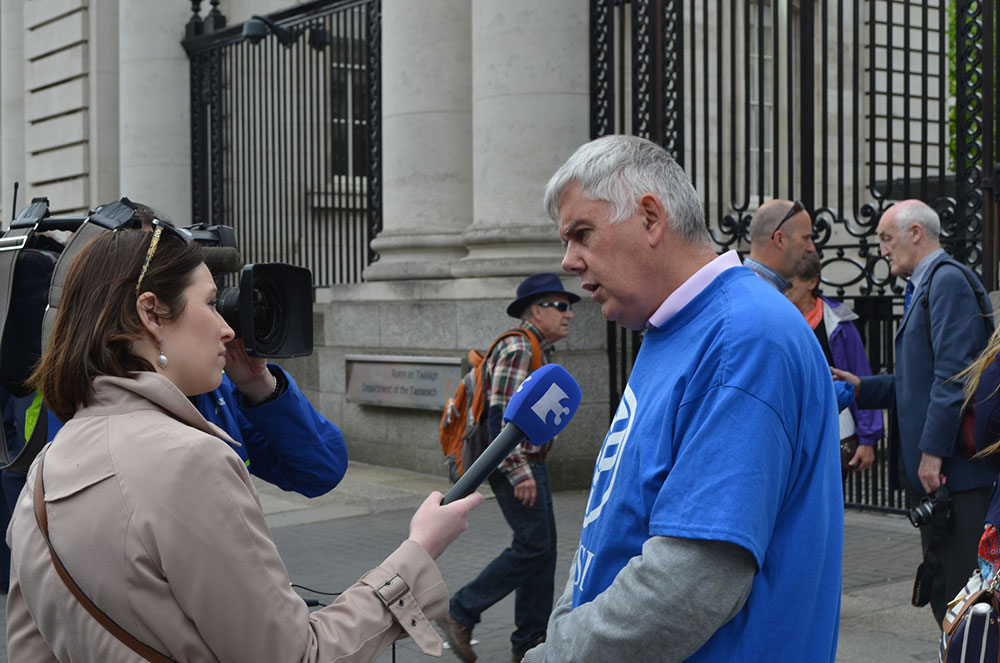 IRISH TIMES: AGSI ‘will not engage’ with Garda reform until pay issue resolved 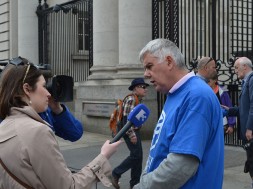 IRISH TIMES: AGSI ‘will not engage’ with Garda reform until pay issue resolved

This article by Vivienne Clarke was originally published on IrishTimes.com

The Association of Garda Sergeants and Inspectors (AGSI) will not co-operate with a new Garda reform programme until the outstanding issue surrounding pay for senior gardaí is resolved, the association’s general secretary has said.

John Jacob of the AGSI also said the Government cannot be selective about what aspects of a newly formed agreement they implement.

Speaking on Newstalk Breakfast, he said: “It’s either all the agreement or none.”

He confirmed AGSI members would not engage with the Garda SíochánaModernisation and Renewal Programme ahead of a resolution to the pay issue, in which senior gardaí are seeking the restoration of pay to 2008 levels.

The introduction of multi-skilled community policing teams and specialist units to deal with cybersecurity are among the initiatives mentioned in the programme along with the civilianisation of some aspects of the force.

“Our action will be to not engage in the implementation or development of new initiatives until our pay matters are resolved,” said Mr Jacob.

“We have championed many changes within the organisation, AGSI members have been identified as key influencers in any change programme.”

He said over the last six years, AGSI members had participated in the Garda Response to a Changing Environment (Grace) programme when financial resources dried up.

Members saw “significant change implemented and they embraced that – because of the difficulties the organisation was going through”.

He said: “We delivered significant productivity when asked to do so.

“Now there is a change in the financial situation in the country – we want the pay issue resolved, we want the European Social Committee decision to allow us to negotiate our own pay and access to the WRC to be implemented immediately.”

Mr Jacob said the AGSI also wants the Government to withdraw the threat of a pay freeze for members in July while negotiations continue.

“We’re not blocking change. All other organisations, with the exception of the Army, have the right to strike if they’re unhappy with pay and conditions, we don’t have that right to strike,” he said. “We have to look elsewhere in order to get leverage, for people to sit up and listen to us and take us seriously.”

He said: “We would love to see change implemented. An organisation that doesn’t change becomes redundant. We would not like to see that happen to an Garda Síochána.

“We need to see our issues addressed, and addressed immediately.”

Once the Government “sits down and negotiates fairly and honestly with us”, the AGSI embrace the change programme when it is being implemented, he said.

However, Mr Jacob described the programme as having very high aspirations, but being very vague.

“Our members have no understanding of how it will impact on their career. What roles and responsibilities will be expected of them when this change programme is implemented,” he said.

“Under the Haddington Road agreement the government committed to a review of An Garda Síochána – part of that was to deal with remuneration and conditions of service and access to an industrial relations mechanism. Our members are angry because that aspect of the review was never implemented by Government.

“Our members committed to delivering extra hours for free, working overtime at a reduced rate, to other change and initiatives. We delivered on our side of the bargain, the government failed to deliver on theirs.”

Later on the same programme Deputy Commissioner Dónall Ó Cualáin said he was disappointed by the response of the AGSI and GRA but he respected their right to represent their members re pay and conditions.

“We visited every Garda station in the country to see what the programme should look like and we would like to support it in every way we can.”

Speaking later on RTÉ’s Morning Ireland, Mr Ó Cualáin said the AGSI needed “to address issues around their pay and that’s not for us to determine. It’s another forum”.

“They are a critical aspect of how this organisation is run, they are the front line supervisors, they play a critical role in ensuring we deliver the service.

He said the programme is giving senior gardaí “the wherewithal to deliver a very professional service to the front line by making their jobs easier and supporting them in everything they do”.