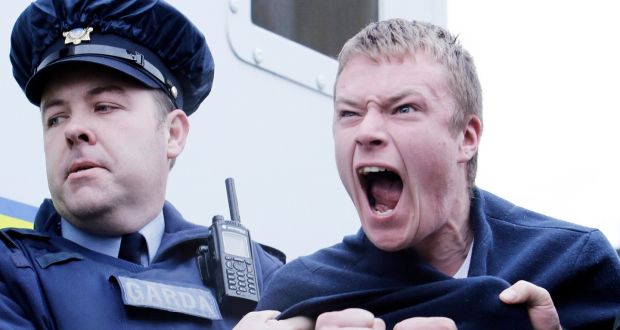 IRISH TIMES: “Rural crime is about jobs not Garda stations or the bail laws” 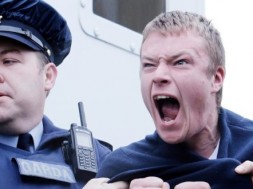 IRISH TIMES: “Rural crime is about jobs not Garda stations or the bail laws”

A 1,000 more on the dole in a Garda district leads to an extra 50 break-ins and thefts

The harrowing testimony of the Corcoran family about their ordeal at the hands of a gang of seven Dublin criminals has given fresh impetus to the long-simmering debate over rural crime.

It has – predictably enough – led to calls for a review of the closure of 95 Garda stations 2013, many of them in rural areas. Four were closed in Tipperary, none particularly close to Killenaule, where the Corcorans live.

The revelation that the seven men had more than 300 previous convictions between them also led to the inevitable clamour for tougher bail laws and sentencing guidelines.

The equally predictable Government response – as advanced by junior justice minister Aodhán Ó Ríordáin – was also well ventilated. It was a version of the “tough on crime, tough on the causes of crime” slogan that will forever be associated with the rebirth of the British Labour Party under Tony Blair.

Ó Ríordáin got short shrift from the his fellow guests on Marian Finucane’s RTÉ radio programme when he advanced his argument but the facts are on his side. Rural crime has got more to do with unemployment in rural areas and the economy as whole than it does with the number of Garda stations or repeat offenders out on bail.

Economic theory holds that crime is a rational alternative to traditional employment when it it is not available and nowhere has it been more eloquently proven than in pre- and post-crash Ireland.

A candidate for a PhD in economics at the University of Michigan, Enda Hargaden, has looked at the relationship between employment levels and crime in the Republic over the 11 years between 2003 and 2014. This period is unique in that it includes the dramatic increase in employment during the Celtic Tiger and the even more dramatic fall in employment following the financial crisis and the collapse of the Irish economy.

He found crime levels rose and fell in tandem with employment in any given area. The relationship was particularly strong for theft and burglary but less so for violent crime. The number of sex offences in a particular location was also strongly related to the unemployment level.

Hargaden was even able to quantify the relationship and found that an increase of 1,000 in the numbers on the dole in a particular county or Garda district led to an extra 50 break-ins and thefts. The relationship held true across the country, according to Hargaden, who looked at regional employment data and corresponding regional crime data.

Understanding just how he proved a causal relationship exists would require a degree in statistics, but if you are interested the paper can be accessed at iti.ms/1hqPyOm. The rest of us will have to take it on trust and rely on the reputation of the University of Michigan.

The important point is that Hargaden’s study confirms that the link between unemployment and crime that exists elsewhere also exists in Ireland and most pertinently in rural Ireland. In the prosaic language of economics: “a negative shock to the economy transfers people from the labour market to the ‘informal sector’”.

The study points to the underlying cause of rising crime and the obvious solution, which is the creation of employment. It is silent on the other solutions put forward, notably more Garda resources. It is interesting in this regard that efforts by Hargaden to obtain information on staffing levels in the various Garda districts for the period in question have been unsuccessful. Despite the intense public interest in the topic this information is not freely available from the Department of Justice or the Garda.

The fact that crime is fundamentally an economic problem is of little comfort to the Corcorans or anyone else living in a rural area that has been the subject of crime. Likewise no amount of economic growth will guarantee everyone is diverted from a life of crime. There are no absolutes and family circumstances, background and education are among other contributory factors.

Any honest conversation about reducing crime, in rural Ireland or anywhere else, has to involve employment, or, as Hargaden puts it: “The overall picture suggests that job creation generates the positive externality of lower crime.” He may not quite have Blair’s way with words but the message is clear and those who espouse it should not be shouted down or branded as soft.

It should also serve as a shot across the bow of those members of the “law and order” brigade who peddle simplistic claims that tougher sentencing laws and reopening Garda stations will solve the problem.