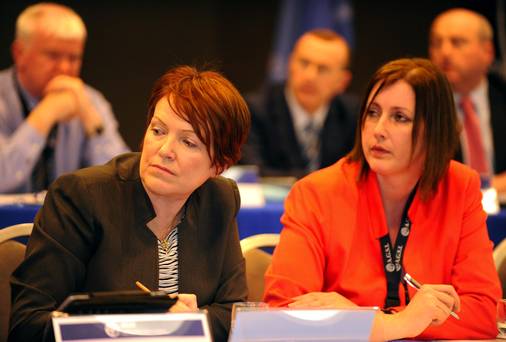 Irish Independent: ‘We get weather alerts, but we know nothing of terror alerts’ 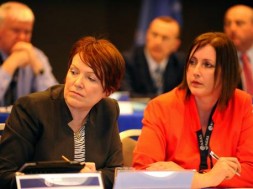 Irish Independent: ‘We get weather alerts, but we know nothing of terror alerts’

Frontline gardaí have issued a stark warning that they are not properly trained to counteract and tackle international terrorism and radical extremism.

Information about the threat is being confined to members of specialist units and sections at Garda Headquarters, the Association of Garda Sergeants and Inspectors has warned.

It said rank and file gardaí received severe weather alerts but heard nothing about terror alerts. The AGSI stressed that the gardaí had genuine concerns about the information vacuum and were not scaremongering.

The mid-ranking members of the force are calling on Garda Commissioner Nóirín O’Sullivan to take immediate action.

Justice Minister Frances Fitzgerald was due to address AGSI delegates this evening at their annual conference in Westport. But now she will not be attending because of her involvement in talks on forming a new government.

However, the Garda Commissioner will speak at the conference at midday tomorrow.

She will hear delegates’ concerns about being left “in the dark” about the nature of the threat they potentially face from extremists and terrorists.

The demands for training and briefings on the scale of the international terrorist threat for their members nationwide are expected to be sanctioned by the annual conference.

Incoming AGSI president Antoinette Cunningham said information about the threat was confined to members of specialist units and sections at garda headquarters.

But gardaí on frontline duties in other parts of the country were not being briefed on what could confront them in a terrorist situation.

She said an international terror scenario could emerge in key areas, such as Shannon and Cork airports or at universities.

A motion from the Kilkenny/Carlow and Tipperary branches wants the commissioner to carry out an in-depth critical-skills analysis of the capabilities of the frontline members to counteract and tackle terrorism and extremism.

Ms Cunningham said the study should examine whether those on the frontline had the capability, the knowledge and the training to perform their duties fully.

She pointed out that the London Metropolitan Police kept an updated brief on terror threats on its website and provided information for the public on what constituted suspicious behaviour and details of a hotline they could contact if they had concerns.

Similar information was not available on the garda website and they wanted regular updated briefings for members in garda stations.

This would ensure, Ms Cunningham said, that gardaí were better informed and could be more vigilant.

The gardaí are also concerned about the dangers they face as a result of the upsurge in violent crime and particularly the ongoing feud between rival factions in Dublin.

Delegations from Laois-Offaly want all uniformed gardaí to be issued with personal ballistic vests when on frontline duties.

Gardaí say violence reached new levels when criminals opened fire with assault rifles in the Regency hotel on the northside of Dublin in February.

Those providing the initial response to call-outs to an incident now face the increasing threat of coming under fire when carrying out their duties.

And they have warned that stab vests cannot protect them if they are confronting armed criminals.

Garda Tony Golden was shot dead when he was called to investigate an incident at a house in Omeath, Co Louth last October.

Delegates are also seeking personal miniature cameras to be worn on their clothing for their own safety, the protection of the public and the collection and preservation of evidence.

The conference will also debate plans for a series of protests, including a march to the Dáil on the first day of the new government, over the political failure to restore pay rates to the pre-recession 2008 levels.

Pay and industrial demands will feature prominently on the conference agenda, with a motion from the Garda College calling for a commission of inquiry into garda pay and conditions.