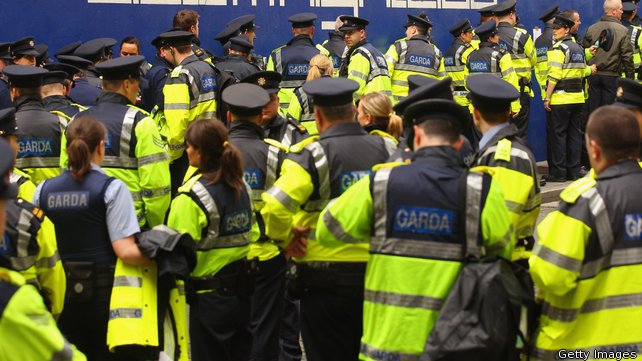 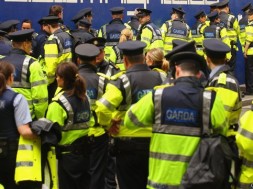 Garda work injury rates, including from assaults, are 10 times higher than that of the average worker, official figures show.

Demands for better protective equipment and resources for gardaí will feature heavily at the three-day annual conference of the Association of Garda Sergeants and Inspectors (AGSI), which begins today. Some delegates want body cameras for members, CCTV cameras in Garda vehicles, and bullet-resistant vests in a bid to improve safety.
The conference will also hear motions to provide Garda districts with flood lights and proper signage, as well as high-vis jackets for plain-clothes members in responding to major incidents, including traffic collisions.

An official report, compiled by Garda management in 2015 for the year 2014, has only recently become publicly available. It is the first full year all occupational injuries have been recorded.

“The overall injury rate per 1,000 for An Garda Síochána’s employees was 39.7 compared to the national injury rate of 3.4 per 1,000 employed (Health and Safety Authority figures),” said the ‘Occupational Injury Report 2014’.

Assaults and needle/stab wounds accounted for almost half of all incidents.

Those assaulted that year included Sergeant David Haughney, who lost 75% of the sight in one eye after he was hit in the face by a rock thrown during a violent disorder incident in Youghal, East Cork, on December 14.

“The nature of policing is such that it is not always possible to completely control all risks. The special nature of operational policing may require that certain risks are taken to secure appropriate benefits to the public and the wider society, such as saving life, preventing serious crime and apprehending those responsible for serious crime.”

But the report acknowledged the duty of care management had: “However, there is still a requirement for those risks to be minimised as far as is reasonably practical in the context of operational policing.”

Of the 611 cases, 269 resulted in less than three days off work or no days off. Some 98 resulted in between one and three months off, 59 between three and six months and 22 six months or more.

This article was originally published in The Irish Examiner and written by Cormac O’Keeffe.