ICPSA has ten affiliates and represent in excess of 40,000 members. The organisations are:

Michael Fennell of PDFORA is the current and outgoing President following his recent retirement from the Defence Forces. We wish his well in his retirement.

John Redmond General Secretary was the guest speaker and he addressed the delegates on the European Social Charter – European Confederation of Police (EuroCOP) v. Ireland. Complaint No. 83/2012 which resulted in Garda having the right to represent themselves at National Pay Talks and the right to strike.

John Jacob debated the motion submitted on behalf of AGSI – “AGSI request conference to support a motion on the review of Dáil Privilege which allows TD’s to name individuals in Dáil debates with immunity from any form of redress”.
(Article 40.13 of the Constitution) The members of each House of the Oireachtas shall, except in case of treason as defined in this Constitution, felony or breach of the peace, be privileged from arrest in going to and returning from, and while within the precincts of, either House, and shall not, in respect of any utterance in either House, be amenable to any court or any authority other than the House itself). AGSI believe that this privilege is being misused by some TD’s and while the Committee on Procedures and Privileges can impose sanctions it falls short of the right of every Irish citizen to defend his/her good name. AGSI call on the Irish Constructional Convention to consider the removal of this privilege as under the Constitution all citizens are equal before the law. The motion was carried.

Other motions on the clár included:

PDFORA – This ADM support the efforts being made by PDFORA to attain full Trade Union status under Article 5 of the European Social
Charter. Motion carried.

GRA – That this Conference condemns any interference by external Trade Unions in the affairs of others. Motion carried.

In total 6 motions were debated and all were carried. Kate Varley on behalf of the IBOA also contributed to the debate. 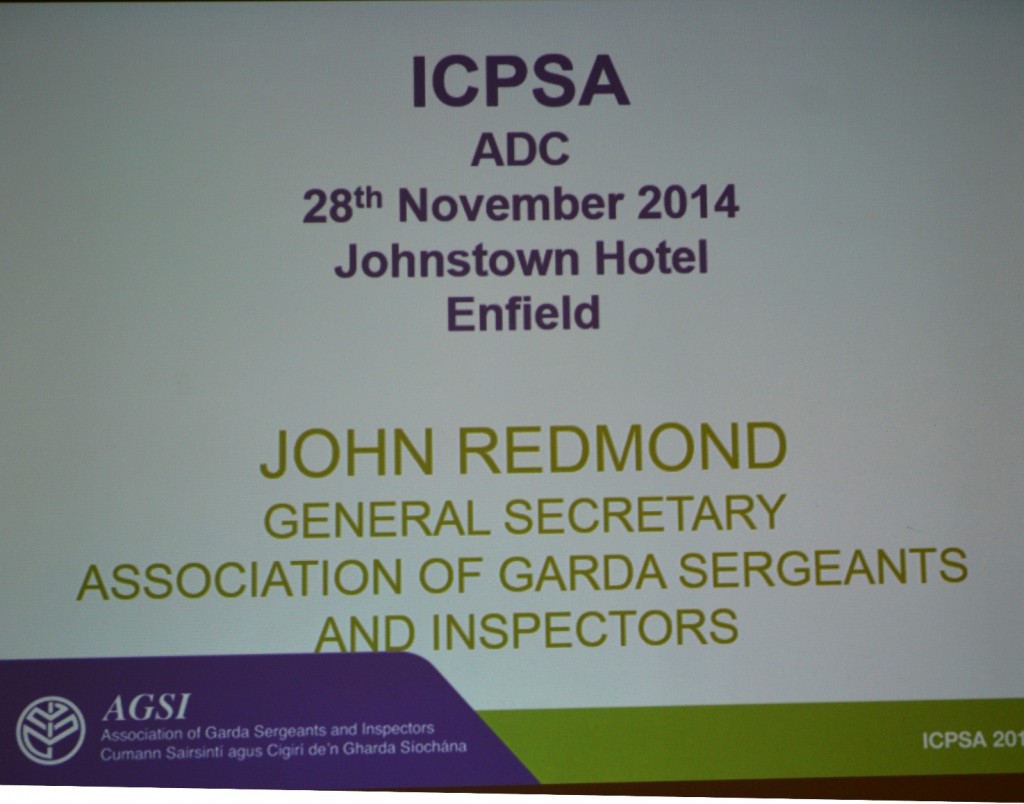