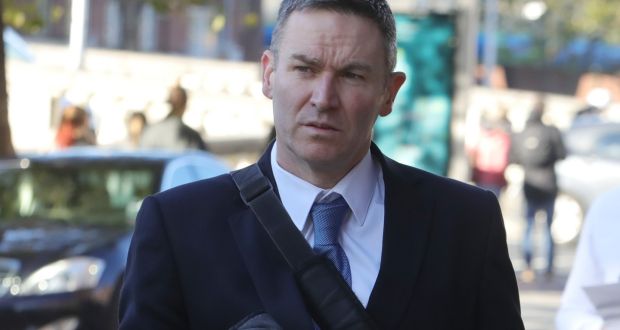 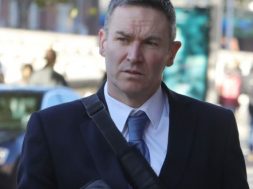 Article by Ray Managh in the Irish Times

A garda sergeant, who was for several years harassed and intimidated by false claims posted about him on the internet, was awarded €8,000 damages at a garda compensation hearing in the High Court on Monday.

Mr Justice Michael Twomey said the damages related to personal injuries suffered by Sgt Conor Gilmartin as a result of the internet posts and were not in relation to damages for injury to character.

When Judge Twomey asked Sgt Gilmartin if he had considered suing 57-year-old architect Sean Carraher for defamation of character, Sgt Gilmartin said he could not afford to and his representative body, the Association of Garda Sergeants and Inspectors (Agsi), had refused to fund such a claim.

Sgt Gilmartin, who was transferred from Shankill in Co Dublin to a station in Co Cork as a result of phone calls and on-line harassment by Carraher, told his counsel, Francis McGagh, that he had been accused of being “evil” and “corrupt.”

He said Carraher, of Stradbrook Hill, Blackrock, Co Dublin, who he believed to be now living on social welfare payments, had been jailed for five years for harassment of him between the years of 2009 and 2011.

Judge Patrick McCartan, sentencing Carraher in 2016, said he had all the attributes of a bully and had made allegations against Sgt Gilmartin without one whit of evidence to support them.

Sgt Gilmartin, now living in Cloyne, Co Cork, told Mr McGagh, who appeared with Kiera O’Reilly of Keans Solicitors, that allegations by Carraher to the Garda Ombudsman Commission about him had been rejected.

He said allegations to the HSE about him having been involved in child abuse had been found to be false and baseless.

Sgt Gilmartin told Judge Twomey he had been harassed, bullied and defamed by Carraher and although, through his own efforts, he had more than 50 posts taken down off Google and Facebook some still remained to be read by his children and others in years to come.

He told the court that the Agsi had invited him to address its annual convention this year on the basis that the problem of cyber bullying of members of An Garda Síochána was on the increase.

He said he had taken numerous counselling sessions and had been told by a psychiatrist that he suffered from adjustment disorder consisting of a mixed anxiety and depressive reaction to the false and vexatious allegations put up on internet about him.

Judge Twomey said that in May 2010 Sgt Gilmartin had been made aware of false statements about him to the effect that he was evil and corrupt and unfaithful to his wife. He had attended a psychiatrist in June 2011 who had found he suffered with adjustment disorder which had not required clinical intervention.

tags: Featured
previous AGSI Statement on the Publication of the Justice Clarke Report
next Media Statement: Deep concern over lack of training for Sergeants and Inspectors in respect of new domestic violence laws