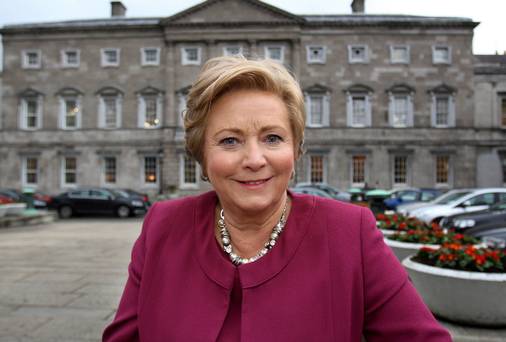 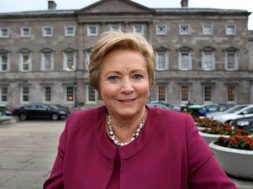 May 25, 2017 Joanne
Statement by Tánaiste and Minister for Justice and Equality Frances Fitzgerald TD

The Taoiseach chaired a meeting of Ministers and senior officials this morning in the wake of the Manchester terrorist attack to review the State’s arrangements and level of preparedness in the event of an attack here. As well as An Taoiseach and the Tánaiste, the Ministers for Housing, Health, Foreign Affairs and Trade, Defence and Communications also attended. The meeting was also attended by the Garda Commissioner and the Chief of Staff of the Defence Forces.

The meeting was briefed on the threat assessment by the security authorities, who indicated that they remain in daily contact with their counterparts in the UK, the EU and beyond. It was noted that while a terrorist attack here is possible it is unlikely and there is no specific information in relation to any threat to Ireland from international terrorism.

The meeting was told that this assessment will remain under continuous review.

Ministers were briefed on the overall national emergency management arrangements involving the different agencies of the State and how these arrangements would be operationalised in the event of a terrorist attack or other major incident. As well as the key Government Departments who have a lead role within their specific sectors, the meeting was briefed on the role of the HSE, local authorities, aviation and transport authorities.

The roles of the Office of Emergency Planning, the Government Task Force on Emergency Planning, the National Co-ordination centre were noted and Ministers were assured that all the various agencies and bodies continue to work closely together in supporting a coordinated response to any incident that might arise. In that regard Ministers were briefed that regular “scenario exercises” involving all the agencies continue to be held with the lessons learned shared among the bodies in question.

Ministers were advised that the Garda authorities are working closely with event organisers to ensure that appropriate safety and security measures are in place at forthcoming events in the summer period. The Gardaí are asking the public to remain vigilant and to immediately report any issue which gives rise to concern.

The Garda authorities, supported by the Defence Forces, are engaged in intensive work aimed at preventing any attack taking place here. Detailed preparations have also been made in the event of an attack. Other agencies have plans in place to deal with the outcome of major incidents. Of its nature, much of this work cannot be disclosed publicly, but people can be assured that it goes on relentlessly. Of equal importance is the ongoing work ensure that people do not become alienated from our society and radicalised. Terrorism is caused not by particular religions or peoples, it is caused by hatred, and terrorists alone are responsible for their evil acts.

As well as causing death and destruction, the aim of international terrorism is to change our way of life, through creating fear. We cannot allow that to happen. So while all reasonable and practical steps are being taken to counteract any threat here, and people must remain sensibly vigilant, we owe it to those who have suffered from terrorism the world over to abide by our values and live our lives to the full in a free society.