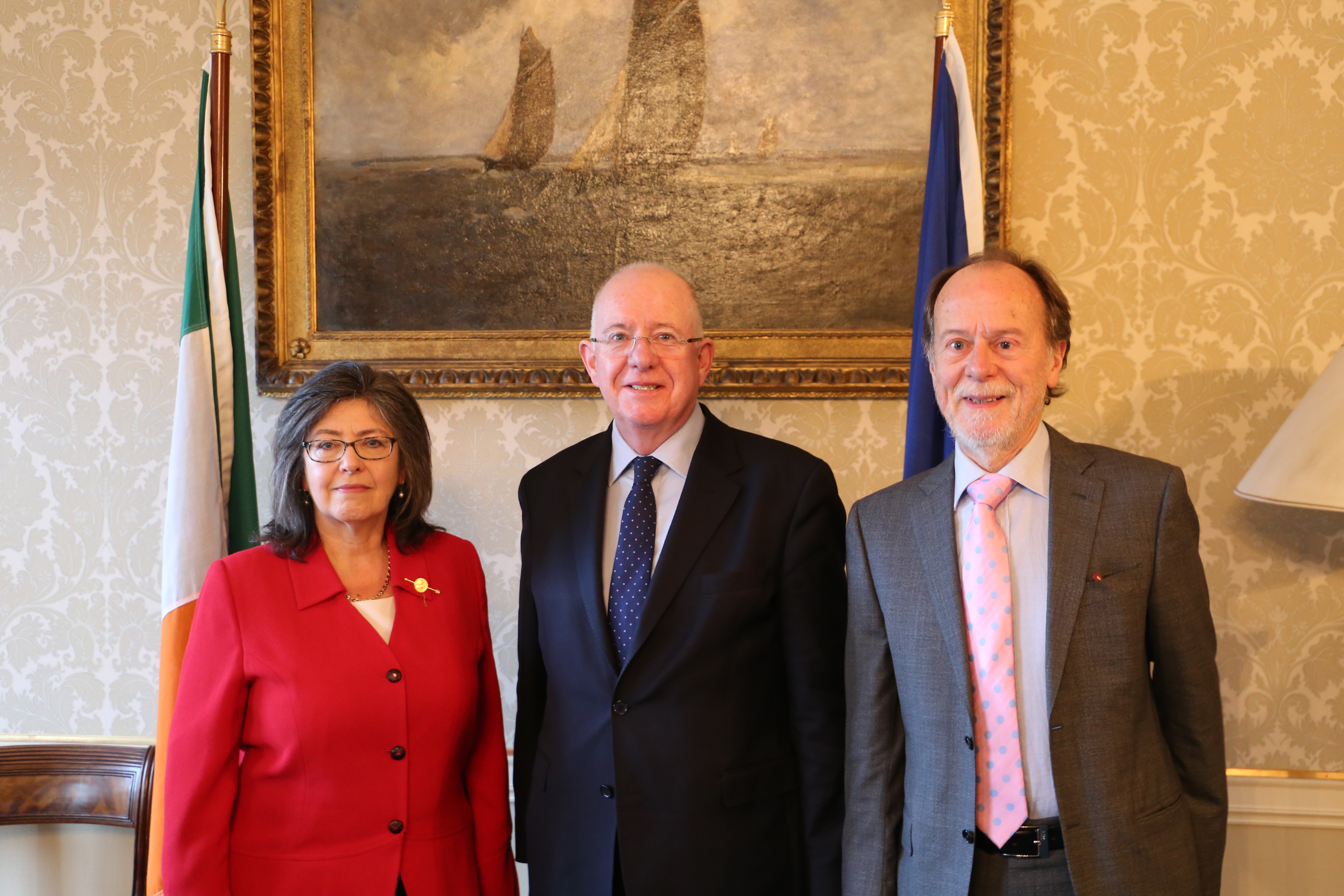 The Minister for Justice and Equality, Charlie Flanagan TD, has announced that the Government has today appointed Mr Bob Collins as Chairperson of the Policing Authority to succeed the outgoing Chairperson, Ms Josephine Feehily, whose term of office ends on 31 December 2019.

“I am delighted that Bob Collins has agreed to serve as Chairperson of the Policing Authority. Mr Collins brings a wealth of experience to this role, not only from his membership of the Authority since its establishment but also from his previous roles in the public sector.

“I would like to extend my sincere thanks to Josephine Feehily for her stellar work as the first Chairperson of the Authority. Since her appointment five years ago as interim Chair, Josephine has guided the Authority to rapid and significant progress since its establishment. The achievements of the Authority under her stewardship have served as the solid foundation of the ongoing programme of policing reform and continue to ensure a clear focus in An Garda Síochána on the need for the highest standards in provision of policing services.”

Referring to the ongoing work on a Policing and Community Safety Bill to provide for a coherent governance and oversight framework for policing which will introduce a new independent oversight body to build on the good work of the Authority and the Garda Síochána Inspectorate, Minister Flanagan said:

“Mr Collins’s appointment comes at an important juncture, as the implementation of the recommendations of the Commission on the Future of Policing in Ireland gathers pace. Bob’s skills and his experience at the most senior levels in the public sector will be key ingredients in successfully leading the Authority through the coming time of significant change while ensuring that it continues to provide robust public scrutiny of our policing services.”

The term of the current Chairperson Josephine Feehily will end on 31 December 2019. This appointment has been made following Ms Feehily’s decision not to seek re-appointment in the role which she has held since the Policing Authority was established.

“Josephine’s work as Chairperson of the Policing Authority has made a significant contribution to enhancing public trust in policing and enabling An Garda Síochána to better meet future challenges. On my own behalf and on behalf of the Government, I want to thank her for her contribution to policing in Ireland and wish her well for the future.”

The Government has also appointed Dr Deborah Donnelly as a member of the Policing Authority and reappointed Ms Judith Gillespie as a member for a further term to 31 December 2020. Dr Donnelly will fill a vacancy which will arise on expiry of the term of Ms Maureen Lynott on 31 December 2019. The Minister recorded his appreciation of the work of Ms Lynott, who has been a member of the Authority since its establishment in January 2016.

Bob Collins has extensive senior-level public sector experience, including as Director-General of RTÉ, and as (full-time) Chief Commissioner in the Equality Commission for Northern Ireland. He has also held other appointments including as Board member of the IPA. He has been a member of the Policing Authority since it was established.

Dr Donnelly has broad experience in human rights and equality and provides consultancy, evaluative and research services in the field. She has worked for a range of public sector organisations in Northern Ireland, most recently as a Commissioner for the Equality Commission for Northern Ireland as well as a board member for Glencree Centre for Peace and Reconciliation.

The Policing Authority is an independent agency established on 1 January 2016. Its role is to oversee the performance by the Garda Síochána of its functions relating to policing services by carrying out a broad range of oversight, review and governance functions.

The Authority was established by the enactment of the Garda Síochána (Policing Authority and Miscellaneous Provisions) Act 2015 which amends the Garda Síochána Act 2005. The Act provides for an extensive range of functions for the Authority, some of which were previously the responsibility of Government or the Minister for Justice and Equality.

The Authority’s vision is of a society served by a professional, impartial, constantly improving police organisation which deserves and enjoys the trust and support of the people. Oversight role is to oversee the performance of the Garda Síochána in relation to policing services and its mission is to drive excellent policing through valued and effective oversight and governance.

In December 2018 the Government approved the implementation of the recommendations in the Report of the Commission on the Future of Policing in Ireland and a 4 year High Level Implementation Plan 2019-2022 to implement the agreed recommendations. As part of that plan the Government approved the preparation, as a matter of priority, of the General Scheme of the Policing and Community Safety Bill. The Bill will redefine policing to include the prevention of harm to people who are at risk and provide for a new governance and oversight framework to empower the Garda Commissioner to act as CEO, ensure strong internal governance and robust, transparent external oversight and effective accountability. In this regard it will establish a non-executive Garda Síochána Board to strengthen internal governance of An Garda Síochána, establish a new independent oversight body to succeed both the Policing Authority and the Garda Síochána Inspectorate and reform the Garda Síochána Ombudsman Commission structures and processes for handling complaints/issues in relation to the conduct of Garda personnel. Work is well advanced on the preparation of the General Scheme of the Bill and it is anticipated that it will be submitted to Government for approval in March 2020 with 2021 targeted for the establishment of the new framework.

The appointment of the new Chair follows a call for expressions of interest from the existing membership of the Policing Authority.

The appointment of a new member of the Authority follows on from an application and shortlisting process run by the Public Appointments Service, based on a public advertisement.

tags: Featured
previous Minister Flanagan announces implementation plan for Commission on the Future of Policing in Ireland Report
next AGSI Highlight Need to Keep Policing on the Agenda