“It was a very informative meeting with the opportunity for AGSI to share our ideas on how EuroCOP can best represent members. AGSI stays in close contact with EuroCOP to share experiences and to learn from our colleagues in other police forces.”

President Anna Nellberg-Dennis said, “The two objectives of our (EuroCOP) Committee meeting were firstly, to ensure that EuroCOP is fit for purpose and secondly, that we engage in a programme of advocacy activity which directly and accurately reflects our members’ priorities. On the first element, the Committee’s decision to adopt the alternative budget constituted a turning point for our organisation as we move towards improved financial performance.

“Regarding our meeting’s second objective, we can look back on some very fruitful discussions during the workshop run by FleishmanHillard. An initial overview of results is included below and we will see a lot more output as we move into next year. We have got a much clearer idea of members’ collective priorities and your input will form the basis of our future communications and public affairs materials. I cannot deny that the workshop also demonstrated differences among our members, but throughout the discussions it became clear that in essence we have very similar needs and EuroCOP can only gain from us acting and speaking as one united force. We will be translating much of the outcomes of discussions into concrete wording for our EuroCOP Charter on Policing in 2025.” 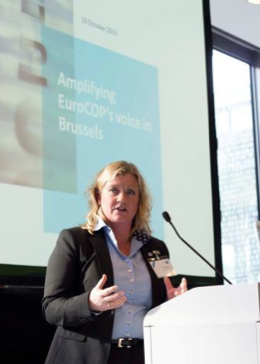 Click on the image below to view an initial sneak preview video from the two-day event. The final video will be shared in due course. 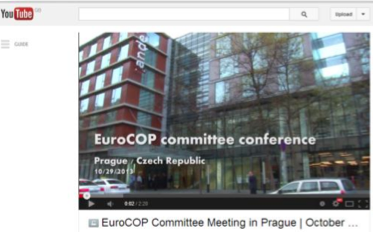