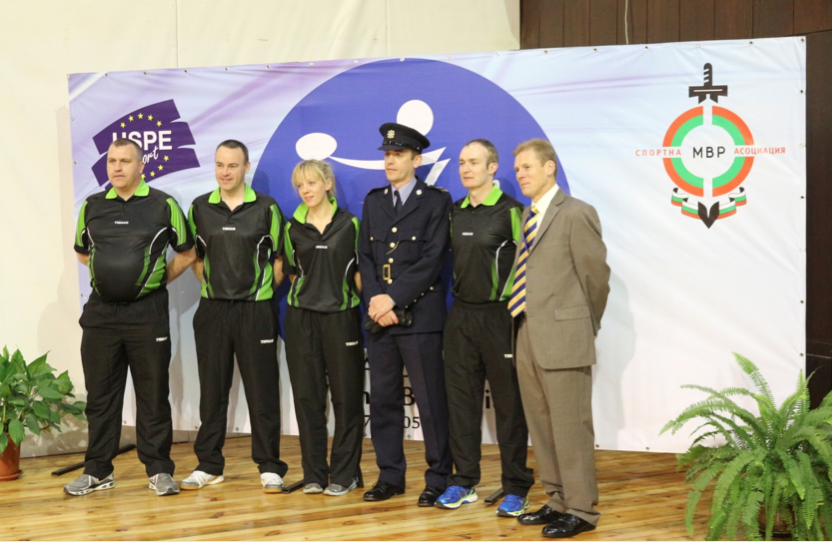 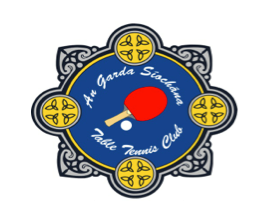 The Garda Team consisting of members from five divisions across the country competed in the European Police Table Tennis championships in Bulgaria recently.

The team  had trained collectively in Athlone over the winter months with Athlone Table Tennis Club under the guidance of Irish international Karim Sabir.

The opening ceremony where each country has one member in their Police uniform is a very important part of the European Police Championships. The honour to represent An Garda Siochana fell to Garda Ian Philips of the Donegal Division.

After the opening ceremony the competition in earnest began. The Garda Team were drawn against France (pre tournaments favourites) and Norway in the team competition.

The team of Gda Stephen Joyce, Sgt Adrian Flynn and Gda Ian Hutchinson had some great performances against French and Norwegian team but lost out on qualification for knock out stages. .

The women’s singles competition started on the same day and Gda Louise Long had a superb performance to claim victory over the much fancied Krasimira Telbis from the host nation Bulgaria winning in straight sets.  Next up for Louise was French international Caroline Petit

Louise stormed into a two set lead with aggressive confident play which stunned her French opponent and silenced the very vocal French coaching team however her very resilient French opponent refused to be put away. The exertions of her first  victory took toll on Louise and  in the intense heat of the Varna stadium the French player hung on  in a cracker of a  match which ended with Louise narrowly losing in the fifth set  where for so long in the match the shock of the tournament was within Louise’s reach.

The Singles Men’s tournament started the next day and again the Irish team acquitted themselves well with all players pushing opponents with some nail biting contests going all the way to duce and Sgt Adrian Flynn taking sets off Nikolaus Petrou, Cyprus and Katalin Donchea, Romania.

The mixed doubles team of Gda Louise long and Gda Stephen English again had a very credible performances losing out to the French team of Reynald Resse/Amandine Chintemi in the Quarter final in a very exciting match with the Irish team taking the first set however the vastly experienced French side eventually won out.

Both of our Doubles Men’s teams of Sgt Adrian Flynn/ Gda Stephen Joyce and Gda Ian Hutchinson /Gda Ian Philips had excellent performances at this level of competition with Adrian and Stephen losing in the Quarter final to the Czech republic team of Martin Matejisek / Milan Borik having pushed the Czech republic to Duce eventually loosing 12 10 in the first set.

At this level of competition their performances is very encouraging for the sport within Ireland and An Garda Siochana.

The Garda Table Tennis Club would also like to thank St Raphael’s Garda Credit Union for their contribution to the Garda Team.