More than 30,000 expressions of interest received since last contest 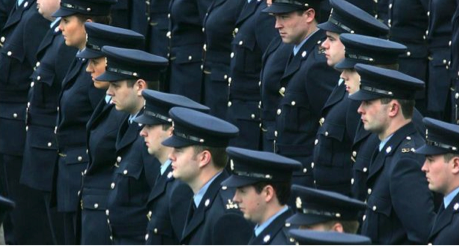 Recruitment to An Garda Síochána will today tomorrow, with an announcement expected at a passing out-service for

Garda reservists in the Garda College, Templemore, Co Tipperary. The move has long been promised by Minister for Justice Alan Shatter.

People between 18 and 35 years with a Leaving Certificate can apply.While the height requirement has been abolished, candidates must pass a physical competency test.

Candidates will first be required to undergo an online aptitude test.

If they pass they will take a further aptitude test in an exam-style setting followed by the traditional process of interviews and assessments.

It is expected the period for candidates to apply will be limited to a few weeks so the process of narrowing down applications can begin immediately.

More than 30,000 expressions of interest have been received in the five-year period since the public-sector recruitment moratorium was introduced.

Garda Commissioner Martin Callinan has always insisted he did not want to see numbers fall below 13,000.

However, while Mr Shatter secured approval for recruitment from Minister for Public Expenditure Brendan Howlin in July, that funding has been stalled until the new year and numbers in the force have continued to fall.

With natural wastage through retirements of between 250 and 450 a year, numbers will fall well below 13,000 before the first new Garda recruits take up their postings.

Recruits must complete 32 weeks’ training before they are posted to stations.

In order for the new Garda recruits to be on the beat next year, they would need to begin training in the first three months of 2014.