Although Tasmania Police is Australia’s smallest jurisdiction, with around 1,100 sworn officers, it is leading the nation with technology and is the first agency to deliver true enterprise mobility, with the roll-out of personally issued Microsoft Windows 8 tablets. 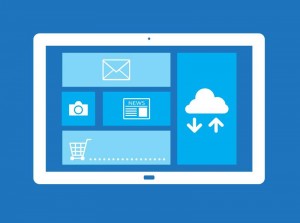 A recent review of methods to support frontline police highlighted the need for mobile data devices, mainly for enquiries and report submission. Prior to this process, mobile data options extended to a fleet of car-mounted data terminals and data-enabled iPhones for the marine division.

Rather than deploying companion devices, the project sought to identify a device that could replace the traditional desktop computer. This led the team to consider Windows 8, which was still in its infancy as an operating system. A Windows 8 tablet was capable of running the suite of police web-based apps, as well as legacy systems and a full version of Microsoft Office. Since it was already familiar to officers, this lessened the overall training liability.

The force chose the Acer Iconia W511p; a device that has a detachable keyboard, which also serves as an additional battery. The extended battery life was a vital feature. In May 2013, the force piloted personal issue tablets at its Kingston division of 37 officers. They not only evaluated the device, but also whether police processes could immediately transition to a mobile environment. The pilot highlighted several efficiencies that could be realised simply by having access to the systems in the field.

The project manager Senior Sergeant Jason Hutcheon, of the business improvement unit, explains that there are various periods during a working shift where police are waiting for other resources, such as tow trucks, the coroners ambulance or fire scene examiners. Having a computer in field allows police to utilise this “waiting” time to complete routine administration that traditionally would have been done upon returning to a police station.

“Many officers say they can have a crash report completed before the attendance of a tow truck,” Snr Sgt Hutcheon says. “The ability to enter reports into a system at the earliest opportunity has further gains downstream and we have experienced in respect of crime reporting specifically.”

Following the Kingston division pilot, tablets were issued to the next intake of police recruits. This has allowed the academy to transition to a largely online training environment, which has led to savings in printing, paper, administration and even shredding. Two “mobile-enabled” recruit courses have graduated and the third recently commenced. The statewide roll-out commenced in December 2013 and has been completed for all frontline officers. Having their own device means the number of desktop computers could be significantly reduced. They have only been retained in civilian support positions and areas that require more powerful performance, such as in the intelligence units.

Each device has a 3G sim card, which when activated establishes a secure VPN connection to the police datacentre. The tablets can also connect to any Wi-Fi access point to establish a connection via the internet. The core police systems are web-based and render within the browser. Since data is sourced from the server, no sensitive information is stored locally on the device, which is fully encrypted.

The tablet now provides a base level of infrastructure on which to deploy other applications: Tasmania Police is about to deploy its Police Infringement Notice System (PINS) using the devices. This seeks to eliminate the manual handling and processing of paper-based notices. Officers will now complete all manner of infringement notices online and the notice will be mailed to the offender.

Another modern capability is the common operating picture (COP). A map of a location is displayed on the tablet which can be overlaid with any government dataset, such as the location of gas and power lines. This system will show the instant location of police units and reported incidents in real time. It is a valuable tool for the management of incidents and major crimes.

At the time of writing, 975 tablets are in service with the view to deploying additional devices to specialist areas, such as surveillance and marine police.

Senior Sergeant Jason Hutcheon joined Tasmania Police in 1995 and has served in several locations statewide, predominantly in Uniform and Criminal Investigation roles. In 2011 his flair for technology led him to be transferred to the Business Improvement Unit to assist with the redevelopment of the Criminal Offence Reporting System and later manage the Computer Replacement Project.

Tasmania Police is part of the government’s Department of Police and Emergency Management, which also includes the state emergency, forensic science and fire services. Like other state forces in Australia, Tasmanian officers routinely carry firearms. They are also equipped with oleoresin capsicum (OC) spray and expandable batons. The force evaluated Tasers in 2009 but decided not to issue them to frontline officers. Officers wear soft and hard body armour depending on the units they operate in.

Tasmania Police vehicles are based around the Holden Commodore and Ford Falcon for urban patrols. Various other makes and models are employed on a “best-suitability” basis for rural, investigative, personnel transport and general inquiry roles. The Ford Ranger and Toyota Hilux are currently used as base vehicles for divisional vans, fitted with a custom Vawdrey-brand rotary-moulded, “custody cell” for transporting prisoners.

Divisional vans are also predominantly used as patrol-support vehicles, to transport people under-arrest who have displayed a propensity for violence.

Tasmania Police vehicles have a general exemption from the government’s “green fleet” designations, as such vehicles are usually unsuitable for policing.