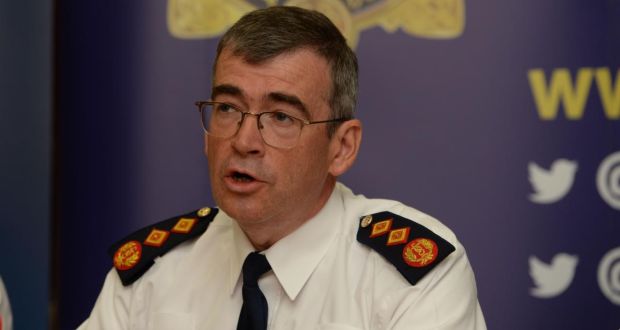 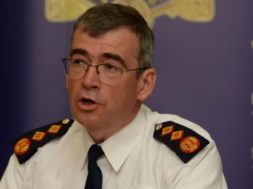 Conor Brady | Originally published in the Irish Times on Aug 28, 2019

The poverty of the public conversation around community safety and policing was well-illustrated here last month when the respected chairwoman of the Policing Authority, Josephine Feehily, wrote about her concerns over the future of the Garda oversight bodies. No politician uttered a syllable in response. In contrast, Garda Commissioner Drew Harris’s plan to amalgamate some divisions and districts and to reorganise the way local Garda management operates prompted an immediate outcry, with charges of lack of consultation, ignoring rural Ireland and the predictable warnings about abandoning the countryside to marauding criminals.

The Garda’s structure of divisions, districts and subdistricts was inherited from the Royal Irish Constabulary in 1922 and has remained largely unchanged. A further layer was added in the 1990s with the appointment of six regional assistant commissioners. This latter yielded no measurable benefits beyond providing promotional opportunities for some chief superintendents. Simultaneously, it took scores of gardaí off operational duties.

The structure of 28 divisions and more than 120 districts is being significantly tailored in Harris’s plan so there will be fewer posts in the superintending ranks. But there will be increases in the numbers of inspectors and sergeants and an enhancement of their roles and responsibilities, particularly for inspectors. That has to be good news for those at garda rank who wish to advance in their careers.

The wonder is that the RIC system has survived for so long. During the Land War, every sizeable market town had a contingent of “Peelers” under a district inspector (DI). In an era before electronic communication and motorised transport, each garrison had to be within easy reach of the next. Thus, two towns 10 or 15 miles apart might each have a DI and be designated as district headquarters. It is hardly necessary or sensible in the 21st century that there should be five or six or even up to eight superintendents spread out geographically around a county. But local communities resist any downgrading in their status. And elected representatives have always recognised the usefulness of having a “super” or a “chief” posted locally in order to get things done or give the appearance of having influence.

During the Land War, every sizeable market town had a contingent of ‘Peelers’ under a district inspector

The RIC system had the great virtue of simplicity. The DI was responsible for everything in his district, from investigating murders to maintaining discipline to prosecuting cases in the magistrates’ courts. His successor, the garda superintendent, has continued to carry the same end-of-the-line responsibility. The line of report may go upward to the chief. But operational accountability currently rests de facto at superintendent level.

The Garda Inspectorate has recognised that, given the complexity of modern policing, this model is no longer suitable. No superintendent can be expert at the required level across such a wide range of functions. In 2015, it recommended that superintendents be taken out of the smaller towns, grouped centrally together in a “divisional model” under a chief superintendent and trained to discharge specialised tasks such as crime investigation, community relations and so on. The model was trial-tested in four divisions and, after consultation, the Commission on the Future of Policing last year endorsed the inspectorate’s recommendation.

Those who have worked on it report positively on its benefits, although some superintendents, not surprisingly, will continue to argue for the status quo ante in which everyone could in certain ways operate as a prince in their own fiefdom.

Harris indicates his reorganisation can release up to 1,800 gardaí for frontline duties while streamlining management, administration and operational efficiency across the force

Harris indicates that his reorganisation can release up to 1,800 gardaí for frontline duties while streamlining management, administration and operational efficiency across the force. He has almost certainly made the right call, even though his redeployment target is ambitious and talk of devolving more autonomy to the newly defined divisions and districts can be taken with a grain of salt. As long as the Garda Síochána continues to discharge the dual role of a civil police as well as the national security service, there will be no loosening of controls from the centre.

Elected representatives and lobby groups will rail fiercely against Harris’s plan and the political pressures to have him pull back or alter course will be considerable. The Government can hardly claim the high moral ground, having agreed to reopen Stepaside Garda station for Shane Ross against Garda advice. So why should any rural town with a cattle mart and a GAA club be denied its own superintendent? Josephine Feehily will be waiting a long time for anyone in Leinster House to heed her warning call on the rollback of independent oversight. But Drew Harris will have to get used to seeing himself portrayed up there with George Otto Trevelyan, Oliver Cromwell and Strongbow as a destroyer of rural Ireland.

Conor Brady served for a time as a member of the Commission on the Future of Policing. He is a former editor of The Irish Times

Pictured above: Garda Commissioner Drew Harris: The Garda structure of 28 divisions and more than 120 districts is being significantly tailored in his plan so there will be fewer posts in the superintending ranks. Photograph: Alan Betson