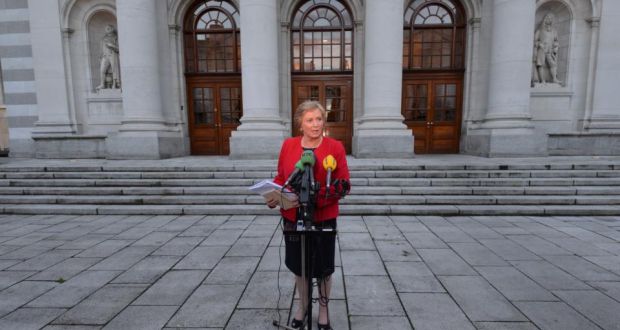 Dáil Debate: To discuss the ability of GSOC & the Gardaí to access the phone records of citizens including journalists. 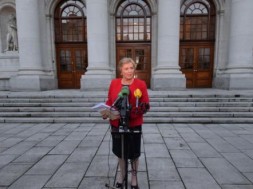 Dáil Debate: To discuss the ability of GSOC & the Gardaí to access the phone records of citizens including journalists.

I am sure all in this House will share my view that a free press plays an essential role in a democratic society in fostering full, free and informed debate on all issues of public concern.

It is, therefore, of fundamental importance that journalists should be able to carry out their legitimate work unhindered.

Concerns have been expressed over recent days about the question of access to the telephone records of journalists in the context of a criminal investigation being carried out by the Garda Síochána Ombudsman Commission.

Access to communications data is governed by the Communications (Data Retention) Act 2011. I must emphasise that I do not have any role and neither does my Department in the process of requesting or authorising access to telephone records under the 2011 Act. Nor do I receive information relating to specific requests that are made in the course of investigations.

That would simply not be appropriate in the context of the independent functions of bodies such as GSOC, an independence that is provided for in the law.

However, as the House knows general issues of very genuine concern have been raised about the balance in our current law between the important freedom that journalists should rightly have to pursue legitimate matters of public interest and the basic rights of persons not to have their personal information improperly disclosed.

This raises for consideration very complex issues of fundamental importance and the Government today agreed to my proposal to establish an independent review of the law in respect of access to the phone records of journalists.

This review will cover all bodies that can have access to records under the Data Retention Act, including GSOC, An Garda Síochána, the Revenue Commissioners and the Defence Forces.

I am pleased that the distinguished former Chief Justice, Mr. Justice John Murray, who was also a former member of the European Court of Justice, has agreed to carry out the review and I anticipate that the review will be completed in three months.

The draft terms of reference of the review are:

‘To examine the legislative framework in respect of access by statutory bodies to communications data of journalists held by communications service providers, taking into account, the principle of protection of journalistic sources, the need for statutory bodies with investigative and/or prosecution powers to have access to data in order to prevent and detect serious crime, and current best international practice in this area.’

With regard to GSOC in particular, while fully respecting the independence of the Ombudsman Commission, I was glad to meet this morning with the GSOC Chairperson, Ms Justice Mary-Ellen Ring, who is a judge of the High Court.

She has assured me of the clear and strict procedures that are in place in GSOC in respect of this area and, indeed, she emphasised to me that GSOC requests for access to telephone records are decided at the level of the Chairperson.

I assured Ms Justice Ring, and I emphasise this to the House, that there is no question whatsoever of the review of the law in this area reflecting any lack of confidence in GSOC. The review arises not from the facts of any particular case but from the genuine concerns raised about the overall balance of the law in this area.
While I am sure Deputies share my view that statutory bodies investigating offences need to have the appropriate statutory powers available to them to carry out their duties, we need to examine the balance in respect of entirely legitimate journalistic activity being carried out in the public interest.