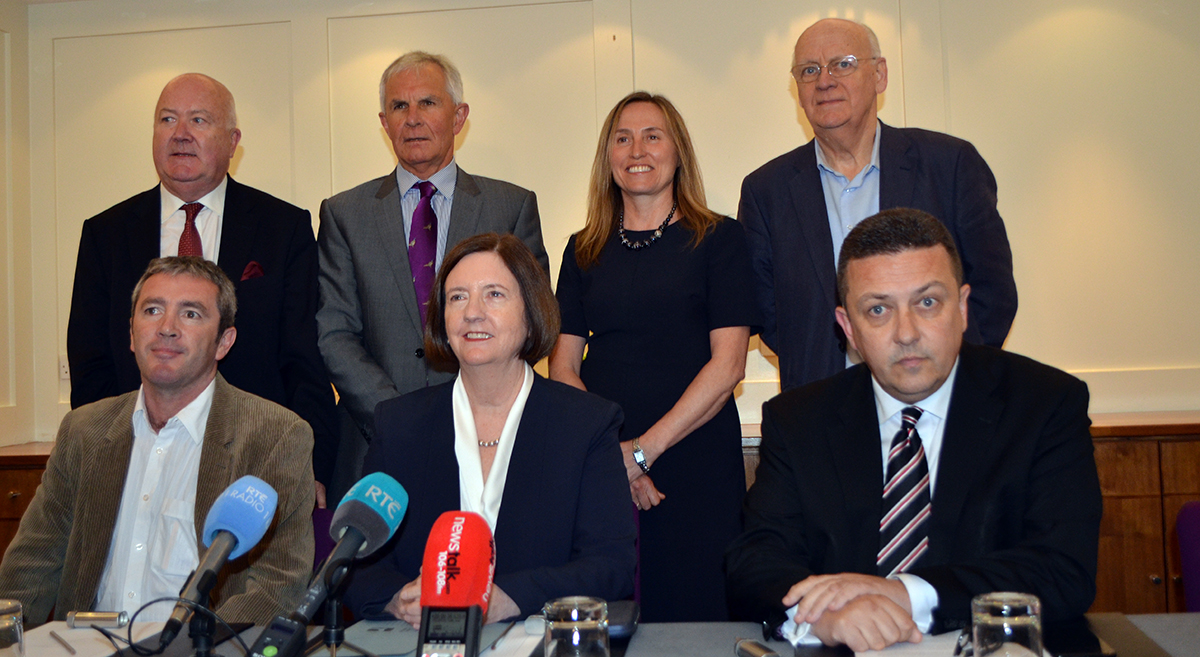 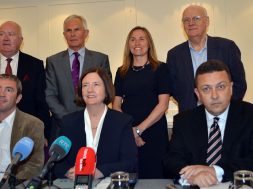 O’Sullivan inherited ‘poison chalice’, says head of Commission on the Future of Policing

Time to move away from name-calling and finger-pointing, says Kathleen O’Toole

Garda Commissioner Nóirín O’Sullivan inherited a poison chalice and it was now time public debate around the Garda moved away from name-calling and finger-pointing, the head of the new Commission on the Future of Policing in Ireland has said.

Kathleen O’Toole, a US police chief who previously led the Garda Inspectorate, said she believed the Garda and the Irish people deserved meaningful policing reform.

She believes there is an urgency within the political sphere about the need to change the Garda that was absent when she left Ireland six years ago.

Ms O’Toole arrived in Ireland on Monday to take up her role as head of the Commission on the Future of Policing.

Asked at a media briefing about her views on regular calls for Commissioner O’Sullivan to step down over her handling of repeated crises in the force, Ms O’Toole suggested waning confidence in the Garda was not about Ms O’Sullivan.

“I don’t think it would make a difference whether it was Nóirín O’Sullivan or someone else,” she said. “I think this management team inherited a poison chalice. And I think we need to get beyond the finger-pointing and the name-calling. We want to look to the future.”

When she was appointed in 2006 to lead the Garda Inspectorate, which examines areas of policing and suggests reforms, she said there was great enthusiasm for change. However, the onset of recession had impacted the appetite and capacity for further reforms and she believed stakeholders “took their eye off the ball”.

“These issues have come back to roost and they have to be addressed now,” she said. “This has to be done; we need to get it right this time.”

There was now a “recognised crisis of confidence” in the Garda. But she was “convinced” the Government would implement the changes the new commission would recommend.

The commission has already discussed the idea of breaking the Garda into two separate entities – one for State security and the other for traditional policing.

Ms O’Toole said the issue would be examined but she noted the creation of the department of homeland security separate to federal policing in the US was not without its weaknesses.

The commission she leads is set to work for a period of about 15 months. It will examine all aspects of the Garda as well as its relationships with oversight bodies and the Department of Justice.

The commission will consult widely with Garda members and their staff bodies. It will have a full-time staff of 10 and its 12 members will form sub-committees to examine different areas of policing.

The Garda had endured a “very, very difficult” time of late and she was hopeful the commission would “shift the commentary” around the force.

While others would focus on “performance issues and historical inquiries”, the commission’s role was to carve out a “new beginning” for Irish policing and to “press the reset button”.

Ms O’Toole believed many of the problems now facing the Garda were shared by other police forces around the world.

She said while the Irish public were concerned about systemic problems and “management issues” within the Garda, they still support the force. “I think, on a human level, people want to support the police here. And I think they are overwhelmingly supportive of the police.

“That’s why I hope we can really shift the narrative and come together and work together on this new beginning for policing just as we did in Northern Ireland. It’s time to do that here. I think the guards deserve that.

“They have to be very demoralised now, having come through a very difficult patch. I hope we can show them some light at the end of the tunnel and create a model they’ll buy into but which can also restore public confidence.”

She said it was important to examine immediately the capacity for the Garda to implement recommendations. If an ambitious reform programme was undertaken at the same time as the other responsibilities involved in running the Garda, the capacity to reform might be small.

tags: Featured
previous Statement from Kathleen O'Toole: Chair of the Commission on the Future of Policing in Ireland
next Government Meeting To Discuss Security of State Following Manchester Attacks