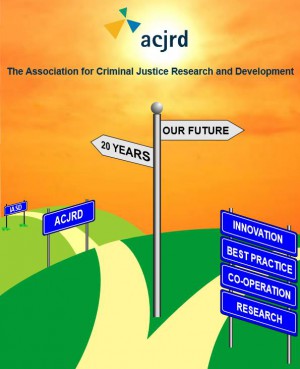 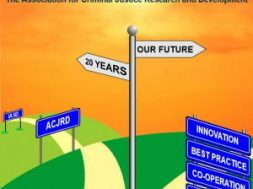 Opening address by the Minister for Justice and Equality, Charlie Flanagan TD

I would like to officially open the Association for Criminal Justice Research and Development (ACJRD)’s 2017 Annual Conference and welcome you all to this event.

The Association performs a key role in bringing together officials, academics and legal practitioners in the field of criminal justice and affording them an open space for the discussion of key policy issues in this area.

I particularly wish to thank Maura, Danelle and Katherine for all their hard work in putting together what promises to be a really interesting agenda for the day on the theme of ‘The Brexit Impact on Criminal Justice Cooperation’.

The work of the Association in looking at the impact of Brexit on this key area is very timely and the various expert plenary speakers and workshop presenters will provide very useful food for thought for all of us working in this area.

It is especially encouraging that there are speakers from this jurisdiction, from Northern Ireland, from the EU – Madame Therese Blanchet of the Council Legal Service – and the British Ambassador to Ireland, Mr Robin Barnett, to offer their differing perspectives.

As a former Minister for Foreign Affairs, I would like to first talk about the overall approach of the Irish Government before briefly touching on some of the criminal justice specific issues that are relevant to my current role as Minister for Justice and Equality.

Jimmy Martin, Assistant Secretary for International Policy (including Brexit matters) will elaborate on the key criminal justice issues in more detail in his speech later this morning.

I want to re-emphasise at the outset that Ireland remains a fully committed member of the European Union and we are fully behind European Commission Chief Negotiator Michel Barnier and the mandate agreed by the EU27.

EU membership remains central to the success of our open, competitive economy and has been the foundation for much of the economic and social progress we have made over the last four decades.

We did not wish to see the UK leaving the EU but the decision has been made. We have strong relationships with both the EU and the UK and we are intent on keeping both.

Our national response to the impact of Brexit is unrelenting and we are under no illusions about the complexity of the situation.  The potential impacts of Brexit are profound, with specific sectors such as agri-food particularly challenged.

Our Government’s enterprise agencies continue to work with companies, helping them to deal with Brexit – making them more competitive, diversifying market exposure, and up-skilling teams. We will also continue to support business and the economy through Government measures, programmes and strategies.

The magnitude of the impact in Ireland will of course depend critically on the nature of the UK’s post exit arrangements with the EU, and at this point there is still a lot of uncertainty around what these will be.

From Ireland’s perspective, at all times since the Brexit vote, we have made our headline priorities clear:

Ireland’s goal is to negotiate effectively as part of the EU27 with the objective of reaching an agreement that sees the closest possible relationship between the EU and the UK, while also ensuring a strong and well-functioning EU.

Of specific concern to us is the situation with regard to Northern Ireland and the Good Friday Agreement.

As co-guarantor of the Good Friday Agreement, the Government has a responsibility to ensure that the gains of the hard-won peace on the island of Ireland are protected.

While there will be a political border between Ireland and the UK, there should not be an economic border on the island of Ireland.  The border needs to remain invisible.

The Irish Government supports the EU Guiding Principles paper on Ireland and Northern Ireland. It reflects our priorities and our concerns.

We must avoid a hard border on the island of Ireland. Such a border would be a threat to the progress we have achieved together.

The hard-won peace on the island of Ireland has brought many dividends, including a vibrant cross-border economy with benefits for competitiveness, growth and jobs.

The border issue is not just economic but also about the lives and livelihoods of the people living in the region – it is fundamental to the peace process. There are on average 30,000 border crossings every day for work or study and many other personal journeys.

Ireland’s unique situation will require tailor-made solutions.  It is the UK’s responsibility to propose workable solutions when it comes to the border.

The particular challenges and disruption facing certain sectors given our geography and trading relationship with the UK will be particularly acute in the border region. The UK staying in the Customs Union and Single Market, or as close as possible to that, would of course be the best solution.

I welcome the constructive tone of Prime Minister May’s speech in Florence last month and her restatement of the UK’s commitment to protecting the Good Friday Agreement and the Common Travel Area.

Prime Minister May’s reiteration that the UK will not accept any physical infrastructure at the border now needs to be backed by workable solutions from the UK.

Both the Irish and British Governments have underlined the importance of the Common Travel Area and I very much welcome the good progress which has been made in the Article 50 discussions to ensure that the CTA can be maintained following UK exit.

A broader set of Justice issues will also need to be addressed, but as part of the next phase of the negotiations dealing with the future relationship between the EU and the UK.

In particular, I want to ensure that the efficiencies introduced by the European Arrest Warrant can remain and I am very concerned about the potential fall out if the EU and the UK had to revert to the previous Extradition Convention.

Other key instruments where continued cooperation with the UK on criminal justice matters is essential include Mutual Legal Assistance, EUROPOL, Prüm for checking fingerprints, DNA and car registration and the Passenger Name Record Directive.

Similarly, the need to avoid operational gaps for law enforcement agencies and judicial authorities in the UK and the EU is also essential to ensuring the continuation of the very effective co-operation we currently enjoy.

The UK’s future partnership position paper on Security, Law Enforcement and Criminal Justice published last month is a welcome outline of their thinking in this regard, but the detailed work of finding workable, practical solutions is key.

In addition, critically, sufficient progress must be made in phase one of the negotiations on all of the exit issues – citizens’ rights, the financial settlement and the Irish issues – so that European leaders can make a decision that parallel discussions on the EU’s future relationship with the UK can begin.

For this reason, we are encouraged by the positive nature of the most recent round of the negotiations. Some progress has been made, and clarity brought to bear on certain points. But there remains work to be done and there is a way to go before EU leaders will be in a position to decide that sufficient progress has been made in phase one.

In conclusion, Ireland welcomes the work carried out to date by Michel Barnier and the rest of the EU negotiating team.

The fact that the Common Travel Area and the Good Friday Agreement have featured so prominently in phase one of the discussions is testament to the efforts of Irish Ministers, politicians and civil servants to emphasise their importance.

But it also reflects the importance that our fellow EU members and our near neighbours in the UK place on these issues and on our concerns about them.

There are huge challenges ahead for all of us in ensuring that the post-Brexit landscape does not adversely affect our relationships with Northern Ireland, with the rest of the UK or with our EU partners.

This is particularly important in the criminal justice area, where so much progress has been made to enhance co-operation in recent years.

It is crucial to ensure that we do not undo that progress.

Thank you for your attention and I wish you all well with what is sure to be a very informative ACJRD annual conference today.