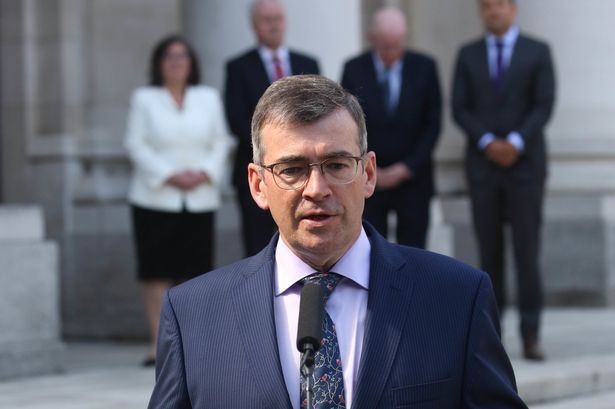 AGSI Statement on Appointment of Drew Harris as Garda Commissioner 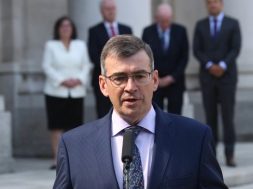 AGSI Statement on Appointment of Drew Harris as Garda Commissioner

June 29, 2018 Joanne
General Secretary of the Association of Garda Sergeants and Inspectors, John Jacob has congratulated Drew Harris on his appointment as the new Garda Commissioner.
“Mr. Drew Harris brings a wealth of experience to bear on the Garda organisation. The Garda organisation needs stable leadership as we face into a time of significant change in the organisation and AGSI is happy that a Commissioner has been appointed.
“AGSI look forward to meeting Mr. Harris and engaging with him on the significant transformation and renewal programme underway in An Garda Síochána. We hope to develop a collaborative working relationship with Mr. Harris where we can represent the issues and concerns of our membership.
“AGSI is anxious for An Garda Síochána to deliver a first-class policing service to the citizens of this state and we will work with the new Commissioner to achieve this.
I would like also to acknowledge the great work done by Acting Commissioner Dónall Ó Cualáin over the past year.”

The Minister for Justice and Equality, Charlie Flanagan T.D., has today (Tuesday) announced that the Government has agreed to appoint Mr. Drew Harris to the post of Garda Commissioner for a period of 5 years.

Mr. Harris is currently Deputy Chief Constable of the Police Service of Northern Ireland (PSNI) and his appointment follows an open, international selection process run by the Public Appointments Service on behalf of the Policing Authority.  This is the first occasion that this new model for the appointment process, introduced in 2015, has been used.  The selection process was designed with the objective of attracting the widest possible field of candidates from a broad range of backgrounds to ensure that the successful candidate would be tested against international standards in police leadership.

“I am pleased that the rigorous selection process by the Public Appointments Service on behalf of the Policing Authority has come to a successful conclusion with the appointment today by Government of Drew Harris as the next Garda Commissioner with the full functions of that role including safeguarding the security of the State.  I thank both the Policing Authority and the Public Appointments Service for their intensive work on this important process over the past 10 months.

“Drew takes up office at a time of major reform and investment which will redefine An Garda Síochána as an organisation.  As we approach the centenary of the establishment of An Garda Síochána, the organisation is on the cusp of significant change.  The expert Commission on the Future of Policing is in the final stages of its work; its report will chart a new model for Irish policing in the decades ahead.  Drew will take up the post of Commissioner in September and this will come at a critical time – coinciding with the conclusion of the work of the Commission.

“I am confident that Drew Harris has the necessary ability and vital policing, security and change management experience required.   He will bring these talents to his leadership of An Garda Síochána – one of our most important institutions of state – along with a commitment to serving the public in the best tradition of the Gardaí.

“I very much look forward to working with Drew on our shared objective of ensuring the security of the State and the safety of the public.  Drew can be assured of my support and that of the Government as he faces the challenge of transforming An Garda Síochána so that it becomes a model of policing excellence, equipped to deal with the huge range of challenges facing police services worldwide.”

On taking up the post, Mr. Harris will make a solemn declaration under section 16 of the Garda Síochána Act 2005 including to uphold the Constitution and the laws of the State on the day that his appointment takes effect.

Acting Commissioner Ó Cualáin will continue to lead An Garda Síochána until then and has notified the Minister of his intention to retire at that time. The Minister said, “I want to acknowledge the leadership, integrity and commitment of Acting Commissioner Dónall Ó Cualáin.  The Government is very grateful to him for his dedication to duty and effective leadership of the organisation since last September.  He has been a steady hand at the tiller in difficult times for the organisation ably supported by Deputy Commissioner John Twomey.  They have led An Garda Síochána to significant success in targeting and disrupting the abhorrent activities of criminal gangs over the past year while also making progress on the challenging reform agenda.”

Welcoming the Government’s decision, the Chairperson of the Policing Authority, Josephine Feehily said, “The process for selecting and nominating a person to Government for appointment as the next Garda Commissioner was comprehensive and thorough, as befits the significance of the position. It was very heartening for the Authority that very many candidates, both internal and external, presented themselves for consideration for such an important role.  I would like to thank and compliment the Public Appointments Service for the professional manner in which the selection competition was carried out.  The Authority, having reviewed the process and considered his experience, qualifications and expertise, was very satisfied to nominate Drew Harris for appointment by the Government.   We look forward to getting to know him and to working with him in achieving our shared objective of ensuring a modern, professional Garda service which continues to enjoy the trust of the Irish people”.

·         Mr Harris has 34 years policing experience, principally in Northern Ireland, including 12 years in senior leadership roles.  He was appointed to the rank of Assistant Chief Constable responsible for Crime Operations in the PSNI in 2006 and has served as Deputy Chief Constable since 2014. In addition to managing multiple organised and serious crime investigations, he was responsible for all intelligence gathering, operations and analytical support for the PSNI and worked closely with An Garda Síochána in this role.  He also has significant experience in delivering organisational change, managing budgets and personnel management.  Mr Harris holds an MA in Criminology from the Institute of Criminology at Cambridge University and a BA in Politics and Economics from the Open University.  He also holds qualifications in Leadership and Public Policy for Senior Law Enforcement Officers (FBI National Executive Institute), Company Direction and Police Studies.

·         The vacancy arises from Commissioner O’Sullivan retirement on 10 September 2017. In accordance with section 32 of the Garda Síochána Act 2005, Deputy Commissioner Ó Cualáin is authorised to exercise all the functions of the Commissioner during the vacancy and will continue in this role until the new Commissioner takes up his position in September.