Members of AGSI and the GRA greeted EU Finance Ministers with placards outside Dublin Castle this morning.

In a continuation of their protest against the LRC Proposals members of the AGSI National Executive and the GRA Central Executive Committee protested as EU Ministers for Finance arrived to discuss a further extension of the terms of the EU/IMF deal for Ireland and the cost of the Cyprus bailout.

Speaking today General Secretary John Redmond said, “Our protests against Croke Park II will continue and our attendance at the ECOFIN meeting this morning is just an extension of our ongoing strategy.” 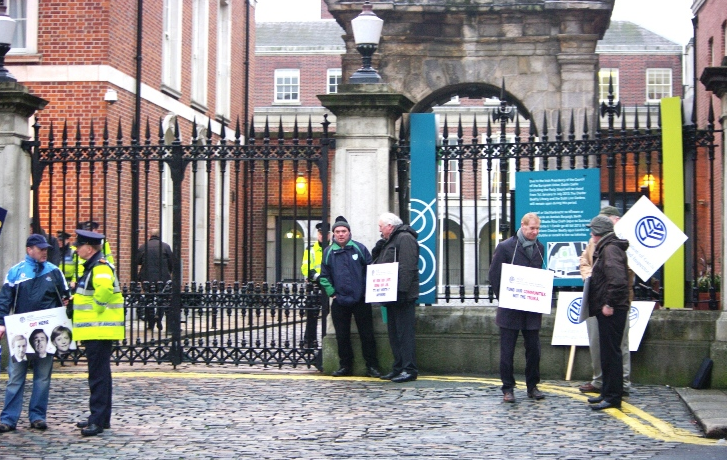 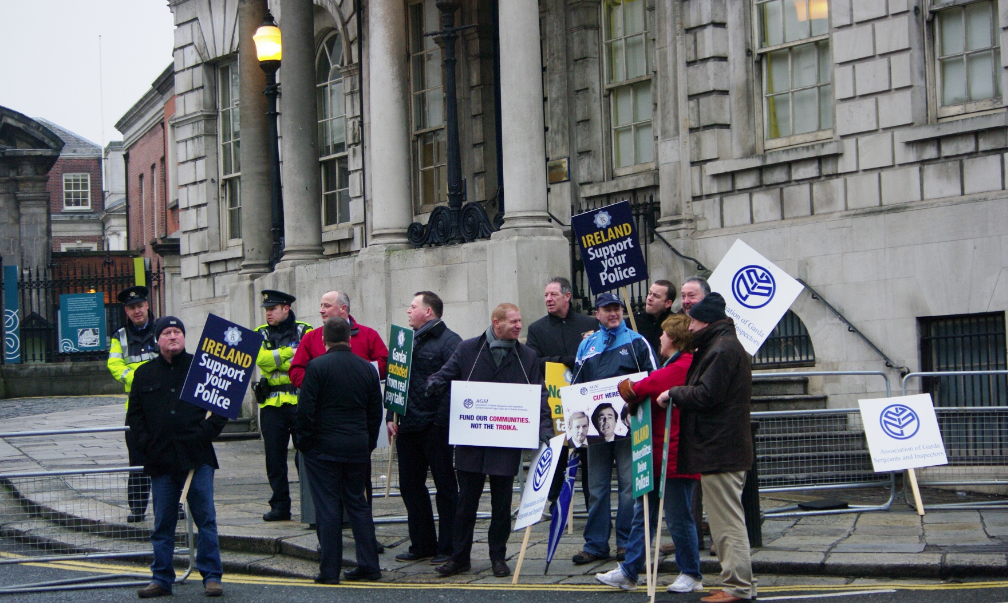 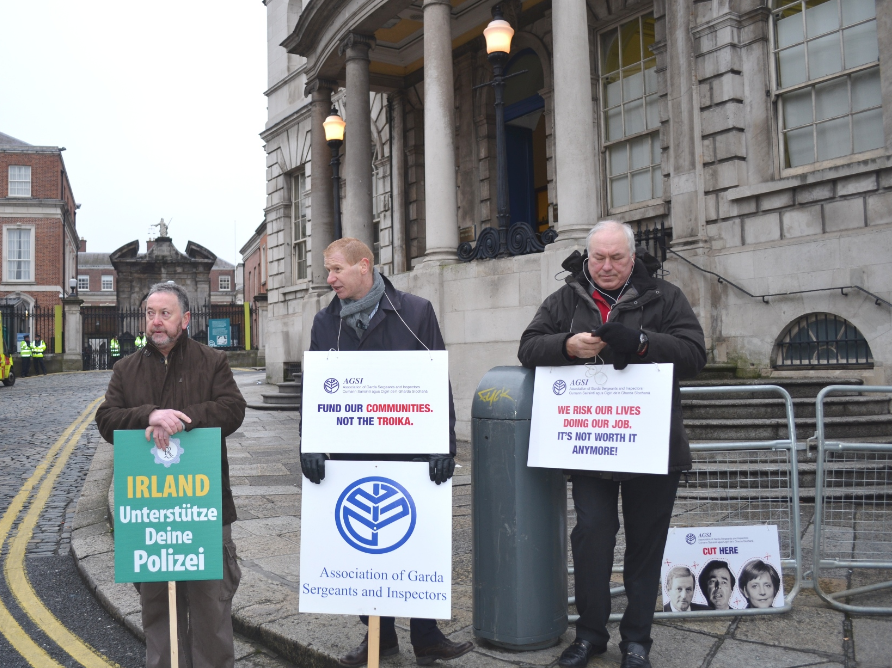