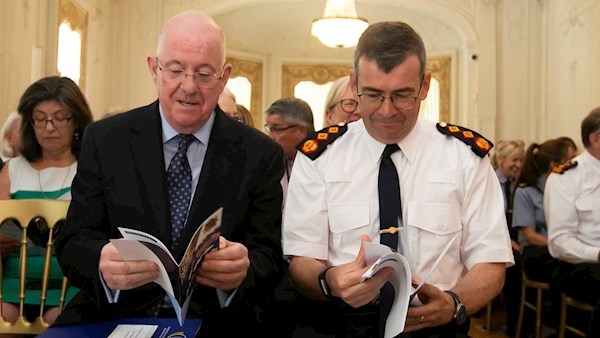 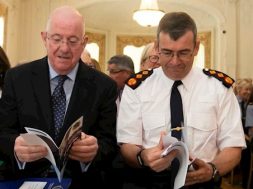 Speech by Minister for Justice and Equality, Mr. Charlie Flanagan, T.D., at a special event to commemorate the 60th Anniversary of the first recruitment of female Gardaí and the contribution of women officers to An Garda Síochána

Ladies and Gentlemen, I am delighted to be here with you today to mark 60 years of outstanding public service by the women of An Garda Síochána and to recognise the contribution of all female Gardaí, past and present. It is wonderful to see so many former members present, including those pioneers from the original intake of 1959 who join us here today – a special welcome to Sarah McGuinness, Angela Leavy, Elizabeth Noeline McGrath, Mary Wymbs, Mary O’Donnell and to Deirdre Killeen’s sister, Mary Jo McEnry.

I am very conscious that some of the very first women to join An Garda Síochána 60 years ago are not well enough to attend, and sadly, some others are no longer with us, and I want to take a moment to remember them today.

It takes great courage and fortitude to be a member of An Garda Síochána – that goes without saying.  But it is important to acknowledge that those women who were the first to apply to join An Garda Síochána back in 1959 needed courage and fortitude in spades.  We can see from the Dáil record of the time that the road to gender equality is both a long road and a hard road.

For example, the 1958 Act that provided for the recruitment of what were then referred to as “ban Gardaí” for the first time simply provided for an initial “pilot project” of 12 recruits, all of whom would be paid less than their male colleagues and all of whom would be subject to the civil service marriage bar until it was removed in 1973.  And, while the proposal to allow for female recruits was welcomed on all sides, there was much concern expressed during the debate that these female officers should not live in barracks and it was expected that their work would be largely focused on women and children.  There was a proposal that women shouldn’t patrol after 8 p.m. There was a concern that the uniform for ban Gardaí should be smart and ‘great care should be taken to produce an outfit that will indicate and inspire respect for the vocation and authority of the wearer’. Small wonder that female officers might struggle to assert authority given the paternalistic tenor of the Dáil debate.  But, reflecting on these issues in recent weeks, it has struck me that the Dáil debate is a public record – we can look back and see what was said about the proposal to permit women to become members of An Garda Síochána.  What we cannot look back on as easily is what life was really like on a day to day basis for the women concerned.  No doubt these women faced very significant obstacles which tested their courage and resilience to the maximum.  And while I hope that each woman who joined An Garda Síochána from 1959 onwards found the experience rewarding and worthwhile, I have no doubt that gender would have made it much harder than it should have been for a female officer to serve her country and her community.

As most of you will know, in recent weeks, both Commissioner Harris and I met with former Garda, Majella Moynihan, to talk to her about some of her experiences as a young Garda.  Both the Commissioner and I apologised to Majella for the appalling treatment she received.  While the meeting was a private one, it is worth remarking that Majella emphasised the comradeship and support she experienced from many of her colleagues and, in particular, from other female members.  That is so important – and I was really heartened by this spirit of solidarity.  I have no doubt that many of you, and your colleagues, were on the receiving end of behaviour and attitudes that we would find completely unacceptable today – though I fully acknowledge that true gender equality remains unfinished business in today’s Ireland.

Nonetheless, it is important to acknowledge the real progress that has been made.  Today women play a role in every facet of the service today – from the Emergency Response Unit, to Liaison and Protection, to the National Drugs unit and, of course, in the vital role of Community Gardaí on whom our communities depend.  Women are participating fully or are – at last – in senior leadership positions in many of these functions, which were entirely male bastions in years gone by.   It is notable that many very talented women have risen through the ranks to the highest levels of the organisation and some of them are here with us today.

I would like to acknowledge the two current Assistant Commissioners who are with us today – Anne Marie McMahon and Orla McPartlin – as well as the fact that the last few years saw the appointment of the first woman Commissioner of An Garda Síochána – Nóirín O’Sullivan – who has since gone on to deservedly great things in a senior United Nations role.

However, as in the rest of the Irish public service, the proportion of women in decision-making roles is still far too low and I would like to see many more talented women coming through across all ranks.  I truly believe that society is much better served by women and men working together at every level.  I know all the men here today share that view.  I want to take this opportunity to emphasise the importance of the support of men for gender equality and the real value of solidarity between men and women as, together, we strive to achieve a fairer and more equal society.

Donning my Minister for Equality hat for a moment, my Department is working to develop practical strategies to achieve greater gender equality and the National Strategy for Women and Girls is filled with concrete objectives and practical actions.  My colleague, Minister of State David Stanton, is diligently overseeing the implementation of that Strategy and making very positive progress.   This work will be augmented by a new Citizens’ Assembly that will examine what measures might be taken to advance gender equality in the autumn.  We have seen in the past how effective Citizens’ Assemblies can be in spurring – or perhaps simply reflecting – major societal shifts – and it is my hope that this Assembly too will make a significant difference.

Over the last 60 years Ireland has seen unprecedented change, particularly socially. We have moved away from narrow, hierarchical notions of Irishness and Irish society, away from a mono-religious, mono-ethnic Ireland that was often intolerant of difference or perceived transgressions of social mores – and too oftenintolerant to the point of cruelty.  And we have come to a more equal, more multi-cultural, more pluralist Irish society.  We still have a distance to go, but it is important to note that we have now reached the point where the objective of fostering diversity and espousing greater equality for all is recognised as a defining national characteristic at home and abroad.

An Garda Síochána is embracing this change.  A recent very visible example is the decision to allow the wearing of the hijab and the turban as part of the Garda uniform.  And only last week, for the first time ever, we saw Gardaí led by the Commissioner and senior management march proudly in uniform in support of their LGBTI+ colleagues and community as part of Dublin Pride. I know this inclusive gesture meant an awful lot to those courageous Gardaí who often ploughed a lonely furrow since they established G-Force in 2005 and I want to congratulate them and thank them for their perseverance and leadership.

Demonstrable change such as this also makes a difference to the community which An Garda Síochána serves.  Officers have a huge responsibility with their reach into every area of Irish society.  Real leadership on issues of equality and diversity in modern Ireland is crucially important to building an inclusive Ireland and I commend and thank the Commissioner for his obvious commitment to actively living this value.

It is vital that An Garda Síochána should fully reflect the community it serves and the pioneering women of 1959 started us on this journey – indeed, “vanguard” would undoubtedly have been a more apt title than “ban guard”.

Today, Ireland and the Garda organisation are moving forward, together, towards greater inclusivity, with more open recruitment policies actively inviting people from various minority communities to consider a career in policing. And I again echo my call on members of minority communities to consider this worthwhile and noble career choice.  I am hopeful that today’s event will also motivate more women to consider a career in policing.

In conclusion, to all the women of An Garda Síochána, I offer my warmest congratulations on this very special anniversary.  I want to thank you sincerely on behalf of the Government for your dedicated service to the State.  To those of you who served in the early years in particular: your courage, your resilience, your dedication and your service have been an inspiration to the generations that followed you.  I am both delighted and honoured to join with you in celebrating this important anniversary and I hope you all enjoy yourselves here in the beautiful surroundings of Farmleigh.